Top-10 Celebrities Who Bet On Sports 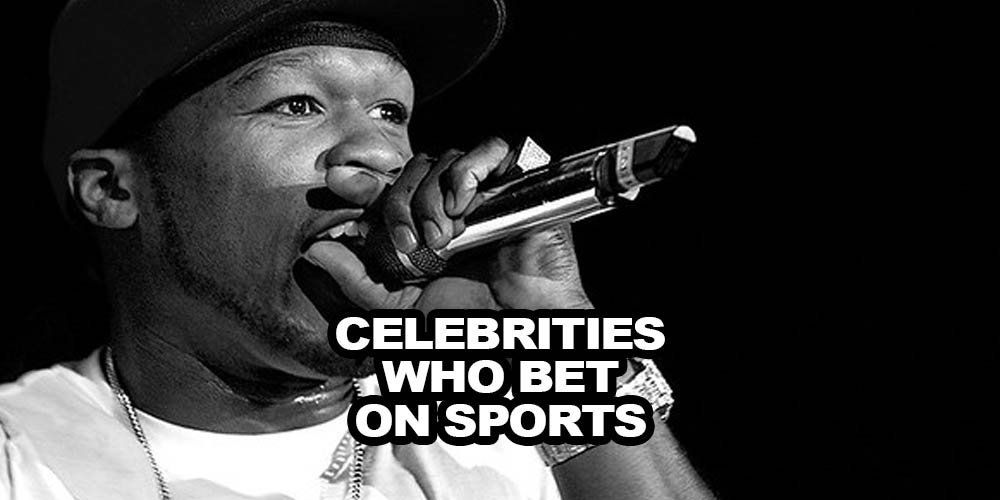 Nowadays, sports betting remains one of the most popular gambling activities worldwide. The Internet makes this entertainment available to everyone. In this article, we will not talk about the betting process itself, but rather about the people who are interested in it. We have found 10 celebrities who bet on sports and openly tell about their hobby. Even though they seem different from us, famous people enjoy the same simple pleasures of life!

Michael Jordan opens a list of celebrities who bet online!

The public will remember Michael not only for his phenomenal actions on the basketball court but also for one of the celebrities who bet on sports. It has long been rumored that it was because of this hobby that the NBA leadership forced him to leave the big sport. There is also a version that Michael Jordan’s got into exorbitant gambling debts. We will leave these rumors aside. However, let’s remember Jordan’s bet during the 2011 American Golf Celebrity Golf Tournament. He concluded with one of the spectators. How much Jordan won we still don’t know but Michel took the money.

Where there is rap, there is money. And where there is money, there are sports bets. Mr. Curtis Jackson, who is better known by his stage name 50 Cent, very often makes bets. Moreover, he often listens to his intuition. Thus, his inner sense earned him $ 500,000 when he bet that the Giants from New York would beat San Francisco in the National Football League.

The legendary Czech hockey player is well known not only to hockey fans and ordinary Czechs but also to bookmakers. The addiction of Jaromir Jagr to gambling became known after one story. Unfortunately, sometimes celebrities who make bets lose their luck. After constant betting Jarg owned 950 thousand US dollars to offshore online bookmakers. It is worth noting that the Czechs usually had no luck in betting. However, Jaromir bet up to 20 thousand dollars for one football match, according to his bookmaker Steve Budin. When he finally won the bet, the bookmaker held a big party.

The current captain of Derby County became a participant in the scandalous story. Once he lost to a bookmaker about 700 thousand British pounds. Rooney made bets mostly on the hippodrome and dog racing. The football player himself and his representatives, of course, denied the existence of the debt. However, they simultaneously expressed doubts about the legality of the Goldchip bookmaker office license. Later, according to the paparazzi, Rooney sat at a table in a casino in a completely drunken state and made maximum bets. Thus, not all celebrities who bet on sports cannot stop at the right moment.

Charles Barkley: From playing sports to betting on sports

Among ex-basketball players, not only Jordan is famous for betting. According to evil tongues, Charles Barkley has lost more than $10 million on bets. “I bet a lot and lose a lot. When you win, you are not aware of the size of the gain. All this comes only when you lose. I think betting is fun. It is exciting, intriguing. I will continue to bet, but I need to understand that all money in the world cannot be won,” Barkley commented on his hobby. He is one of the celebrities who bet on sports and openly tell about their hobby.

Due to his addiction to gambling, Charlie Sheen lost a little more than just money. He lost a family. The ex-wife of the actor has repeatedly stated that because the love of gambling has become a real disease for Charlie. Weekly, he could lose more than 200 thousand dollars. Even the birth of a child did not stop Sheen. He did not even think of stopping betting in illegal bookmakers. It is worth noting that Sheen at various times suffered from mental disorders, drug addiction, and alcoholism. What can we say: Crazy talent has crazy addictions! Fortunately, not all celebrities who bet on sports are like Charlie.

An American golfer from the outside seems ideal. He wins tournaments and, therefore, earns a lot of money. Everything would be fine if not for his addiction to betting. There are many stories about his bets on a variety of sports events, from the Super Bowl to the baseball World Series. Moreover, the number of bets amounted to tens of thousands of dollars. According to rumors, he changed his sponsor from Titleist to Callaway only because the latter agreed to pay all his debts to bookmakers.

One of the best players in the history of English football has always been famous for eccentric behavior on the field and beyond. He is also one of the celebrities who bets on sports. In the autobiography, Bowles frankly spoke about his painful passion for running, racing, and betting on them. It haunted him throughout his life. One of his former coaches noted that if Bowles didn’t pass through the bookmakers, he would not have problems with addiction to sports betting. It is also worth noting that in 1987 a charity match “KPR” – “Brentford” was organized to raise money for Bowles.

Almost the only athlete who was expelled from the team because of his addiction to sports betting is Art Schlichter. Schlichter lost while making a bet in the first round on the draft by the NFL team Baltimore Colts. Thus, he started owing to the bookmakers about 700 thousand US dollars in the first year of his professional career. Unfortunately, bookmakers were connected with the mafia and began to threaten him. As a result, the player was forced to appeal to the FBI. All in all, regular visits to the gambling house were expected to result in the disqualification of a promising player. Art is one of the celebrities who bet on sports and lose more than money.

One of the best baseball players was deprived of all merit and excommunicated from any activity related to baseball. It became known that when he was a player he bet on baseball, including matches of his team. In August 1989, three years after the player’s career ended, Rose agreed to a life-long suspension from playing baseball. In 1991, the Baseball Hall of Fame officially voted to ban the inclusion of players involved in such scandals. Only in 2004, Rose officially admitted that he was betting on baseball.

Kieran Trippier just joined Atletico Madrid from Tottenham in July of 2019. And already in May of 2020, the Football Association has charged a football player with misconduct for allegedly breaching betting rules. Kieran was given less than a month to respond to the charges. However, the 29-year-old insists he has never profited from betting on football. “I have fully complied with the FA’s investigation over the past several months voluntarily and will continue to do so,” Trippier claimed in one of his interviews. Thus, he is not taking an official place in our list of celebrities who bet on sports until the situation is clear.

If you want to find out about other Famous Celebrity Gamblers, just follow the link and read our article. Anyway, online sportsbooks in the USA don’t need you to be a celebrity to bet on sports. Intertops online gambling platform is waiting for you to join and make your winning bet! Good luck!