Top 6 Famous Female Poker Players To Get Inspired by Today! 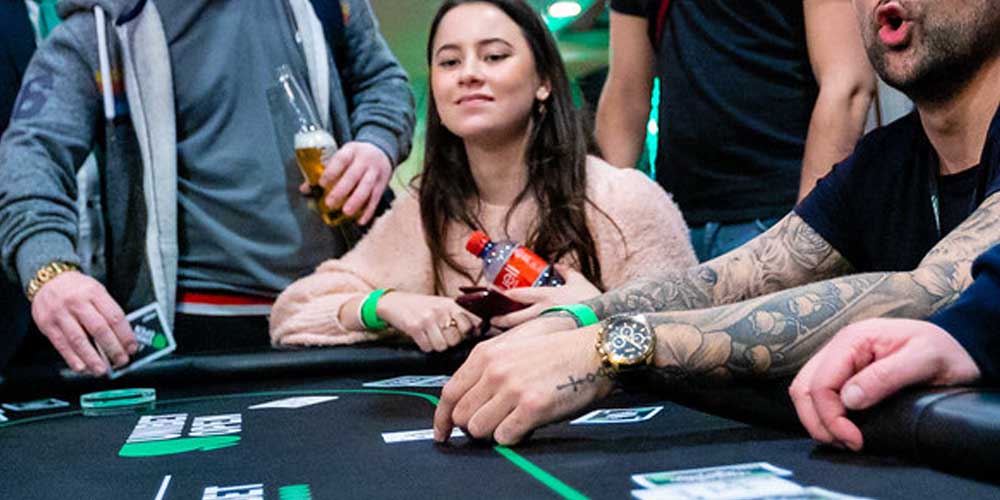 Without a doubt, poker is among the most competitive casino games in the world. However, making it to the top of the world rankings is no easy feat. Nevertheless, these famous female poker players have managed to make a name for themselves in poker over the years.

Previously, poker gained a reputation of being a male-dominated casino game. However, these didn’t stop the femme Fatales of poker from bringing their A-game in the game’s biggest tournaments. So far, the following famous female poker players have managed to make a mark in the poker world:

Vanessa Selbst top the list of the famous poker players

At first, we will kick off our list of famous female poker players with Vanessa Selbst. Without a doubt, the American has rightfully earned the title as one the best female players to have ever played poker.

Although Selbst is now retired, she has definitely left behind an impeccable legacy in the poker world. So far, one of her major accomplishments is being the only woman to have held the No.1 one ranking on the Global Poker Index.

This is thanks to major wins on the Partouche Poker Tour, North American Poker Tour to name a few. What’s more, Selbst has three Word Series of Poker bracelets to her name from 2008, 2012, and 2014.

All in all, the poker player has racked up an impressive $11.8 million in her lifetime tournament winnings.

Next, let’s take a look at Annie Duke, another of the famous female poker player making headlines in the gambling world. According to the online poker news in the US, Annie Duke first burst onto the poker scene in 1994.

From then on, she would make her mark in the gambling world as one of the top female poker players. This is thanks to one WSOP bracelet, a 2004 WSOP Tournament of Champions, and 2010 National Heads-Up poker championship win, and more. What’s more, she has published several strategy and instructional books.

These include, “Decide to Play Great Poker” and “The Middle Zone” which are ideal to better your chances of winning on Intertops Poker. Furthermore, Annie Duke has also set up “Ante Up for Africa” which raises money for charities working with poor African countries

Kathy Leibert is among the active top female poker players

Presently, Kathy Leibert is among the players who jumped onto the poker scene when it was still unpopular for women. The American poker player’s professional career kicked off in 2002 when she won the Party Poker Million event.

Afterward, Leibert would then go on to make a name for herself as one of the most famous female poker players. This is thanks to a WSOP bracelet from the 2004 Limit Hold’em Shootout event. Additionally, Leibert also recorded six final table appearances at the World Poker Tour.

All in all, she has accumulated over $6 million alone from live poker tournaments.

First, Annette Obrestad’s career started online at the mere age of just 15. Afterward, she made history as one of the famous poker players thanks to her 2007 World Series of Poker Europe.

Here, Obsretad was the youngest player to ever win a World Series of Poker bracelet at the age of 18. Following her famous win, the Norweigian player continued to record some impressive performances in international poker tournaments.

Without a doubt, the Taiwanese/American poker player is another of the top-ranking famous female poker players. She first turned heads in the poker scene at the 2007 WSOP as the last woman standing in the competition.

Despite recording a 38th place finish, Maria Ho took home an impressive $237,865. So far, she has earned over $3 million in tournament earnings from a career spanning over 15 years. What’s more, she has also booked some impressive gigs as a poker commentator for NBC Sports.

All in all, her achievements in poker got her inducted into the Women in Poker Hall of Fame.

There’s no better way to finalize the list of famous female poker players than to mention Liv Boeree. Undoubtedly, the British poker player has made a name for herself in poker thanks to some pretty impressive records. So far, she’s the only female to win major events on both the World Poker Tour and European Poker Tour. What’s more, she also has a WSOP bracelet to her name.

At this time Liv Boeree has accumulated over $3.5 million in tournaments and continues to be a force to reckon with.

Feeling inspired by the famous female poker players? Then be sure to check out the online poker sites in the US to try your luck on the popular casino game. Lastly, don’t miss out on the latest review about Intertops Poker.

In addition to her media and poker careers, Liv Boeree started a charity called ‘Raising for Effective Giving’. This charity advises poker celebrities on effective altruism. It has so far donated $6 million to selected charities.