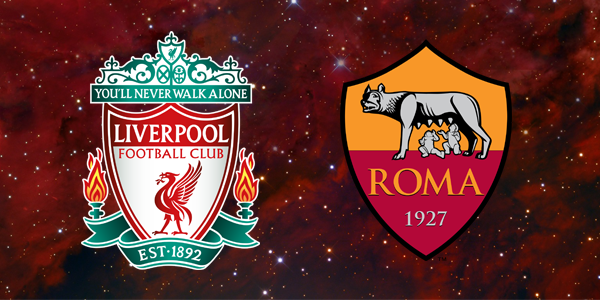 We have to admit that Roma’s comeback against Barcelona in quarterfinal is all what lingers our minds ahead of the May 2, Stadio Olimpico game against the Reds. We aim to figure out in our UCL semifinal second leg preview whether the Italians have the pedigree to bring down Liverpool as they did to Barcelona.

Liverpool are travelling to the Stadio Olimpico on Wednesday, May 2, with Barcelona’s quarter-final capitulation in mind after Roma came back from a (4-1) first-leg defeat to win the tie on the away goals rule. Same result of (3-0) will be sufficient for the She-Wolf to secure a seat in the final. Yet there were similar doubts raised by online sportsbook sites in the UK when the Reds took a three-goal lead to Manchester in the previous round. Liverpool just went to the Etihad and won again. According to our UCL semifinal second leg preview, the irresistible force of the Reds trio will be extremely difficult to contain in Rome.

The Italian side were overwhelmed and undermined by Liverpool’s attacking force. Mo Salah was clearly the man of the match during the (5-2) victory at Anfield. He scored the two opening goals and assisted the following two for Sadio Mane and Roberto Firmino as the Reds took in charge of the semifinal tie. In last ten minutes, Roma fans got their show with two late goals to keep the tie in the balance and give hope for Roma to come back akin to their heroics against Barcelona.

The backlash at the Stadio Olimpico on May 02, will be all about scoring a three-goal advance for the home side, while for the visitors a simple goal will make Roma’s clean sheet fade away and will maintain Liverpool’s current advantage. Although the Italians are popular for their strong defensive style, keeping Mo Salah for 90 minutes in the pitch will allow Liverpool’s high intensity to dominate their opponents, similarly as it happened during the first leg’s 70 minutes, before Jurgen Klopp withdrew his scoring machine.

Our recommendation is do not place a bet on Roma vs. Liverpool as if you are betting on Liverpool, to make the Catalan’s same mistakes. According to our UCL semifinal second leg preview, Liverpool will maintain their advantage on aggregate even if they lose their second leg tie.

What are the odds?

Liverpool still have their weaknesses in defense that can be exploited, but will they win or lose against Roma? At Betadonis Sportsbook the odds are so close. Roma are the favorites with (2.40) odds, but the visitors are not too far with (2.60) odds. The odds for a draw are (3.70). Who is going to leave the Champions League and who will play in Kiev? It is all about what will happen in the second leg’s 90 minutes. We will all be on our feet watching the showpiece results.