Republicans in the United States House of Representatives are displeased with a Senate effort to reform American gambling laws prior to Congressional adjournment. 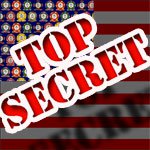 Three Republicans in the United States House of Representatives are displeased with a Senate effort to reform American gambling laws prior to this year’s Congressional adjournment. They are describing the endeavor which would legalize and take online gambling as “secretive, closed-door, [and] undemocratic”.

Congressmen Lamar Smith, Spencer Bachus, and Dave Camp, all of whom will be chairmen to committees overseeing internet gambling in January, once the Republicans assume control of the House, allege that the Senate could attach a pro-gambling measure to “must-pass” legislation in the present lame-duck period.

On December 1, these Republicans sent a letter to Mitch McConnell, Senate Minority Leader and Harry Reid, Senate Majority Leader, decrying “Creating a federal right to gamble that has never existed in our country’s history and imposing an unprecedented new tax regime on such activity require careful deliberation, not back- room deals.”

Over the last few years, online gambling is subject to sharp debate within Congress. Advocates realize that regulating online poker sites in the United States would lead to billions of American dollars being collected as federal tax revenue. This money, rather than sitting idle, is currently leaking out of the country to foreign controlled gambling operations. Moreover, U.S. consumers who enjoy these sites forfeit the protections of U.S. consumer laws.

Paranoids, ignoring the current availability and ease of access to existing internet gambling sites already servicing Americans, contend that clearly legalizing and regulating the industry would somehow lead United States citizens into making bad fiscal decisions. Moreover, in spite of an increased ability to regulate a market which already endeavors to exclude users under 21 or at least 18, few of whom are even in a position to offer online casinos a valid payment method, these crackpots use the slippery slope argument “What about the children?”

Last July, a House committee passed a bill which could legalize some online gambling sites in the USA, but only with gambling operators licensed by the Treasury Department. This bill has passed neither the Senate nor the full House, both of which plus a presidential signature would be required for the bill to become law.