The Dutch Minister of Economic Affairs, Agriculture and Innovation, MJM Verhagen included Dutch gambling laws on the agenda of the Competitive Council. 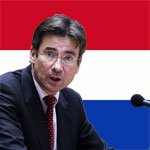 The Dutch Minister of Economic Affairs, Agriculture and Innovation, MJM Verhagen submitted the annotated agenda of the Competitive Council for 10 December 2010. Among other things, this council strives towards an agreement Dutch gambling laws.

For the past six years, the Presidency has been focusing upon (1) Online gambling in the Netherlands; (2) The role of chance for Dutch national law enforcement authorizes versus the cross-border supply of illegal online gambling; and (3) Sustaining the financial contributions from social lotteries to charitable causes.

It is now believed that the Gaming Council should make conclusions on these issues, as the European Commission will initiate a “Green Paper” on the future of betting and gambling. The Gaming Council realizes that the EU already makes rules to regulate gambling, but so far as the Gaming Council is concerned, presently the gambling industry is regulated by Member States.

The Netherlands would consider conclusions by the Gaming Council to be a positive signal. Consulting on the Green Paper will enable a synchronized advance on the border issues and the formation of new government gambling regulations. Meanwhile, there is a fear that Europe’s harmonizing regulations could endanger Dutch gambling policy aimed at channeling inclinations to engage in internet betting in Holland into other pursuits.

Specifically, the European Court of Justice declared, “Since the objective of protecting consumers from gambling addiction is, in principle, difficult to reconcile with a policy of expanding games of chance characterized, inter alia, by the creation of new games and by the advertising of such games, such a policy cannot be regarded as being consistent unless the scale of unlawful activity is significant and the measures adopted are aimed at channeling consumers’ propensity to gamble into activities that are lawful.”