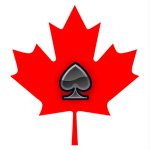 Earlier this year, the British Columbia Lottery Corporation (BCLC) launched PlayNow, the first legally licensed online casino in Canada. The casino had a rough start, and was forced to shut down shortly after launching because of severe security issues. Eventually the site got off the ground, and provided Canadian players with a fully licensed choice for their online gambling needs.

Now, another Canadian province has joined in (Canadian gambling laws allow each province to sort out their own gambling regulations). Loto Quebec has finally launched their internet gambling site Espacejeux, following a multi-million-dollar publicity campaign. The site is the second legally licensed online casino ever to launch in North America.

Quebec is already a famous place in the online gambling world, because it is home to the Mowhawk territory of Kahnawake, which provides internet gambling sites to operators around the world. Sites licensed in Kahnawake, however, do not accept Canadian players.

The new Espacejeux Canadian internet casino has not published a full report on how the first day went, but players say that the poker section alone had 1,600 active players by late afternoon. The site offers a full range of casino games, and intends to collaborate with the BCLC next month to connect their sites to a common network in Montreal to allow players form both provinces to compete against one another online.