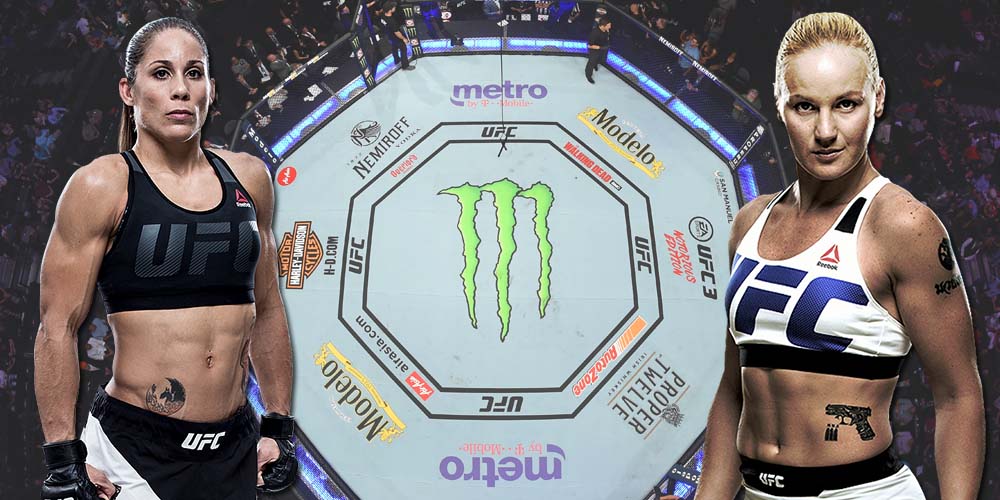 Amanda Nunes and Liz Carmouche are the only women who could ever beat Shevchenko. This summer she will have a chance to avenge the first loss of her professional MMA career. Here is Valentina Shevchenko vs Liz Carmouche betting odds.

Fight Night 156 will showcase a rematch between the UFC Women’s Flyweight Champion, Valentina Shevchenko “Bullet” and #3 ranked Liz Carmouche “Girlrilla”. The contest will be in the women’s flyweight division and takes place in Antel Arena, Montevideo, Uruguay.

Shevchenko is coming off a successful title defense by knockout over Jessica Eye. “Bullet” won the UFC Women’s Flyweight Championship last year by judges’ unanimous decision over Joanna Jędrzejczyk. Now she is on a three-fight win streak.

22BET Sportsbook Welcome Bonus offers 100% match bonus up to €122  on your first deposit along with 22 bet points. Click here to bet on Valentina Shevchenko vs Liz Carmouche fight  at 22BET Sportsbook!

Valentina Shevchenko vs Liz Carmouche betting odds foresees Shevchenko to avenge the first loss of her professional MMA career. Make sure to check the latest review about 22BET Sportsbook to bet on UFC.

Shevchenko lost only three times in her entire career

Valentina faced Amanda Nunes twice on March 5, 2016, and September 9, 2017. She lost the first fight by judges’ unanimous decision. However, in the rematch, Nunes could barely win by Judges’ split decision.

Online sportsbooks in Russia were backing Shevchenko for the rematch. And many believe that judges should have chosen her for at least the second fight.

The UFC Women’s Bantamweight and Featherweight Champion, Amanda Nunes could not stop Shevchenko before the judges’ decision. However, Liz Carmouche “Girlrilla”, is the only woman who could ever finish Valentina Shevchenko.

Carmouche beat Shevchenko by TKO (doctor stoppage) in the second round on September 30, 2010. Ever Since “Bullet” improved her skills impressively and won 10 out of 12 matches. Now she has 16 wins and 3 losses in her records, including 4 knockouts and 7 submissions.

While “Girlrilla” did not show improvements that much. She holds a professional record of 13 wins and 6 losses to big names like Ronda Rousey, Misha Tate.

Valentina Shevchenko has long been waiting for this match to come. She is so much willing to face “Girlrilla” to avenge her first MMA defeat. However, Shevchenko does not believe that she lost the fight to Carmouche and she badly wants to prove it.

“It was like some kind of medical stoppage. I was dominating all-round and throwing combinations. This was not the way I planned, I was ready to continue the fight but the doctor decided different way” Shevchenko told BJPENN.

“I even took her down. While I was standing on my feet, I came for the leg lock and she threw from the ground. She throws the heel and it landed right on my brow. So this cut on the eye and the doctor decided to stop the fight” she added.