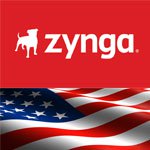 It was not the revenue figures or the loss of one cent a share that stunned everyone – these were actually better than what analysts had expected. Instead, the real bombshell was placed in a statement, which read that “Zynga is making the focused choice not to pursue a license for real money gaming in the United States.”

For long it appeared that American internet casino gambling would be the best possible cash cow for the beleaguered company, and all the previous steps by Zynga – its recent patents, executive hiring, games development – pointed in this direction.

This sudden U-turn may in part be explained by the lack of unified American gambling laws that would regulate online gambling on a federal level.

Moreover, if such regulations are ever passed, chances are that they will allow only online poker sites in the US, banning other casino games. Such a development would make the market much less lucrative for operators.

The main reason given by the company itself, however, is the need to refocus on expanding their mobile social gaming line. Addressing the issue in a call to investors, Zynga executives emphasized the current growth in their mobile segment, stressing that this was an area with more immediate profitability.

While the company will continue testing its real-money gambling offer in the UK, it now perceives expanding its core activity – free-to-play social gaming – to mobile, as the fastest way to stop hemorrhaging users by the millions.