Win up to €10,000 Betsson Casino cash prizes from the amazing €60,000 prize pool. Just play the qualifying games and win your cash prizes. 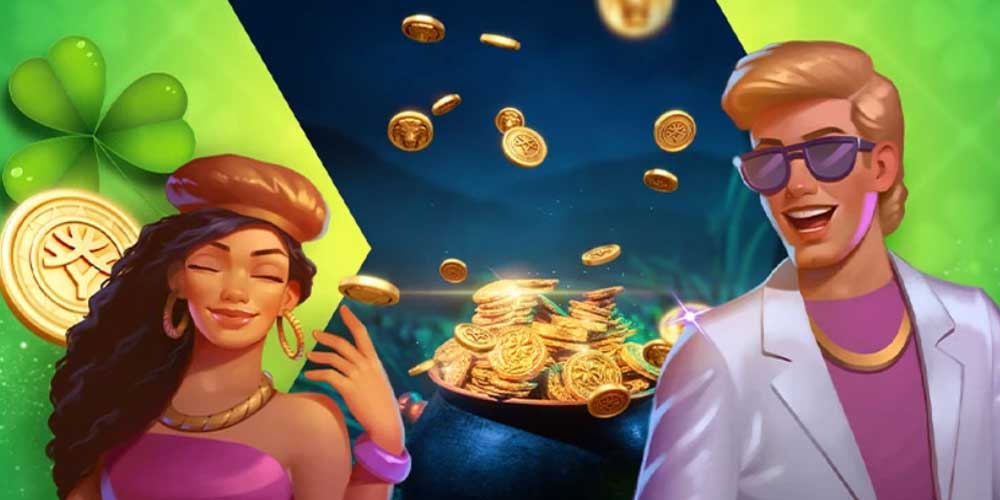 Want to win Betsson Casino cash prizes from the amazing €60,000 prize pool? Then, play the selected promotional games and aim for the highest multiplier in any spin, to climb up the leaderboard to win 1 of over 500 Cash Prizes!

So, let’s talk about the details of the promotion and how to take part.

How to take part:

So, the promotion is split into two parts: the St. Paddy’s tournament and the POPWINS prize drop.

Specifically, the prize pool for the ST. PADDY’S TOURNAMENT is €60,000.

Note that players who have opted-in will automatically be entered into the tournament following their first win in any promotional game.

Also, note that bets made prior to opt-in will not count as qualifying bets and no prizes will be awarded retroactively.

Specifically, participating players will be allocated a unique tournament ID number, which will be highlighted on the leaderboard, enabling the player to follow their progress. Players who do not qualify for the leaderboard will not have their position displayed.

In detail, each player’s score on the leaderboard is based on the sum of the highest multiplier wins in any spin, in all promotional games during the tournament period. Moreover, the highest score achieved throughout the campaign period by each player will count for their leaderboard ranking.

So, if there are two or more equal scores, the player who scored first will have a higher ranking on the leaderboard.

Note that any bet placed on the promotional games during the campaign period can trigger a random mystery cash prize from the €20,000 Prize pool. Moreover, each bet can only win 1 random prize reward.

Notably, the remaining number of prizes is updated every 60 seconds. Also, you can win more than 1 random prize reward during the campaign.

So, let’s take a look at the terms and conditions of the promotion. Firstly, note that you can play at any stake to take part, but only bets made with real money qualifies.

Secondly, you will get the prizes as cash with no wagering requirement. Also, note that if you have won a prize, you will need to close and reload the slot game to refresh your balance.

Thirdly, the prize pool for this campaign is set up in Euro (€) and might be subject to currency conversion fluctuations.

Moreover, all winning accounts are subject to standard Fraud and Security checks to ensure compliance with the terms and conditions stated before any prizes are processed.

Furthermore, in the event of any dispute, Betsson’s decision will be full and final. In case of any discrepancy between the English Terms & Conditions, and any other language, the English version prevails.

Also, don’t forget that general Terms and Conditions apply to the promotion.

Additionally, don’t forget to check our latest review about Betsson Casino to learn more about the advantages and other promotions of this site.