400 Mr Green Casino Christmas prizes are waiting for you. Take part in Santa’s €50,000 Double Drop promotion to win your share of festive prizes. 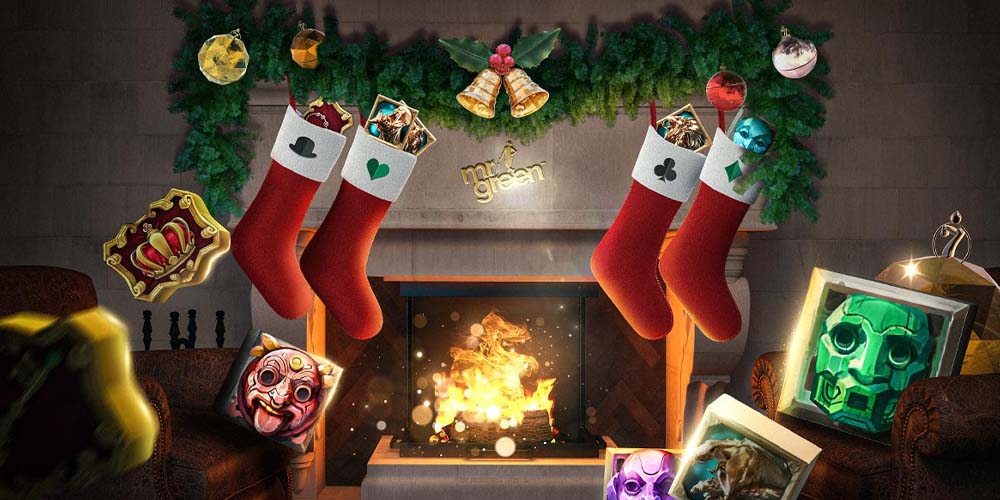 Take part in Mr Green Casino‘s Santa’s €50,000 Double Drop promotion. In detail, any random spin across the festive games could win you any of 400 Mr Green Casino Christmas prizes. The Christmas carols don’t end there though. Selected Cash Prizes come with a DOUBLE CHANCE option, giving players a chance to DOUBLE their winnings.

Note that only gameplay in the qualifying slot games visible in the login promotion window will qualify. Moreover, there is no minimum qualifying spin value on the games in the collection, to participate in the promotion.

Any random spin could trigger 1 random cash prize reward. Players can win more than 1 random prize reward during the campaign. Any highlighted prizes from the prize pool could trigger a Double Chance option. By picking one of the two selections available in the Double Chance, players will have the chance to either increase the initial prize amount or alternatively keep the original prize amount as shown in the prize pool. You will get the prizes as cash. Prizes will be paid out as per the prize pool tab or increased in case of double chance option.

Remaining prize pool in each Cash Race is updated every sixty (60) seconds. Players will automatically get all their prizes as cash to the casino accounts instantly. The prize is added to the player’s account in the respective account currency. A minimum of one of the three most valuable prizes (a “top prize”) will be awarded during the final period of the campaign, such period being equal to 5% of the overall campaign period (for example if the campaign period is 100 hours, a minimum of one top prize will be awarded during the final 5 hours).

Mr Green and Yggdrasil reserve the right to not pay out a prize where the win results from any obvious error, mistake or technical fault (including incorrect game pay-outs) whether caused by a machine or human error in respect of any of the participating games. Should any player account become self-excluded or closed due to responsible gaming concerns before or during the valid dates of this promotion, that player will be automatically excluded from any further participation in the promotion even if they have already begun wagering.

Mr Green reserves the right to modify the contents of these Promotional Terms and Conditions at any time. You undertake to keep yourself informed about the latest Terms on a regular basis. The materials appearing on the Mr Green website can include technical, typographical, or photographic errors. Mr Green may make changes to the materials contained on its website at any time without notice.

Also, to learn more about the advantages and other promotions of this site, don’t forget to check our latest review about Mr Green Casino.