Play your favorite slot games and get a boosted 98% payback with the Unibet Casino cashback promo. The most fun slots wait for you! 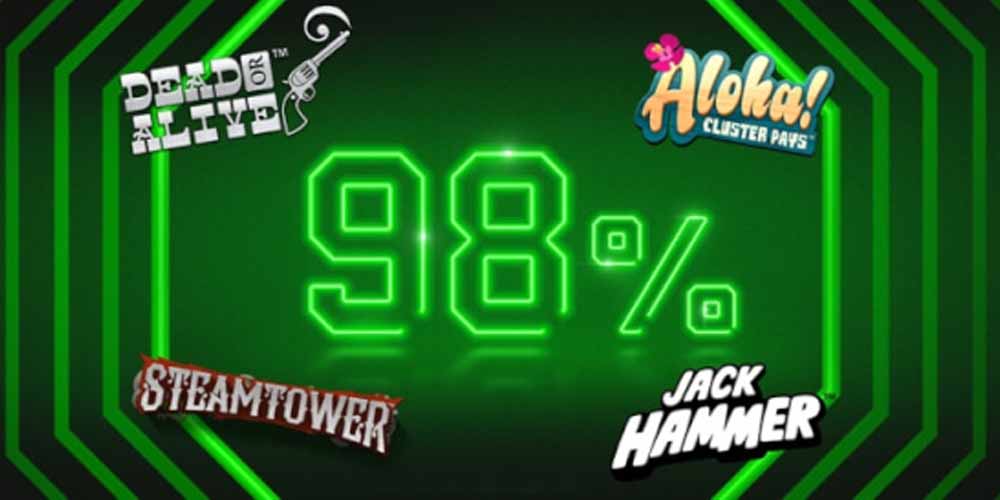 Take part in the Unibet Casino cashback promo to get a 98% payback. In detail, Unibet Casino has boosted the payback to 98% on ten of your favorite slots, making the Super Casino the place to play!

It’s a big deal if you know what payback means for you?

Unibet Casino cashback promo – play and get your payback

So, the payback tells you the percentage of the average payout of the game. And, Unibet calculates it over millions of spins.

For example, if a slot has a payback of 95%, then it theoretically pays out €95 for every 100 rounds played at €1 per bet. If you spin 100 rounds it does not guarantee that you will win back €95. The payback makes no claim as actual winnings by you specifically.

Also, note that the offer means that the theoretical reimbursement (abbreviated RTP, “return to player” expressed as “payback” for promotional purposes) for these games increased to 98%, from previously 96.5% to 96.9%.

Another thing to note is that the theoretical repayment percentage indicates how much of the money invested is paid back to the players on average in the form of winnings.

The theoretical repayment rate does not guarantee that the individual player will win back the money he or she invests.

The theoretical repayment rate is average. And, it is calculated over millions of spins – which spin that yields profits is always determined entirely by chance.

The offer for boosted repayment is valid at Unibet and the following sites within the same corporate group. The sites are Bingo.com, Casinohuone, Highroller, iGame, Kolikkopelit, Maria Casino, Vlad Cazino

Keep in mind that Unibet reserves the right to cancel this promotion at any time.

Also, don’t forget that General Unibet Terms and Conditions apply to the promotion.

Additionally, to learn more about the advantages and other promotions of this site, don’t forget to check our latest review about Unibet Casino.