2021 Concacaf Gold Cup Winner Odds: Will Mexico or the US Win the Trophy?

News >2021 Concacaf Gold Cup Winner Odds: Will Mexico or the US Win the Trophy? 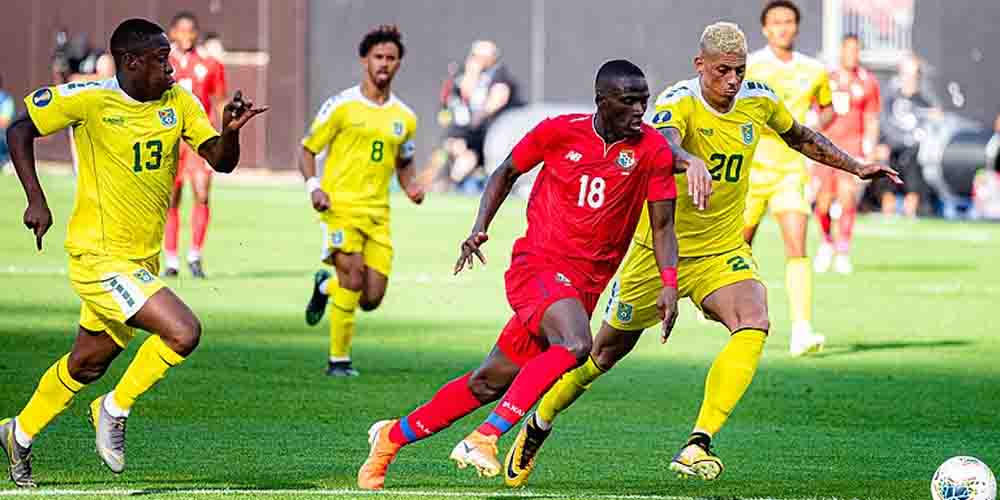 The biggest football tournament in North and Central America, the Concacaf Gold Cup, is held between the 10th of July and 1st of August. The competition continues with the quarter-finals this weekend. One of the top favorites in the  2021 Concacaf Gold Cup winner odds, Mexico will play against Honduras. While the US meets Jamaica on Sunday.

The 16th edition of the Concacaf Gold Cup started on the 10th of July and will finish on the 1st of August with the final. Which will be held at the Allegiant Stadium, in Paradise, in the US. 16 teams have started the tournament but only 8 teams remained following the group stage. Including the defending champions, Mexico and the other big favorite, the US. These two nations have won the cup the most times. Mexico has 11, while the US has 6 trophies including the earlier versions of the cup. Both teams have been playing well and are predicted to meet again in the final. We can also find Qatar in the last eight, who was invited to the competition as a guest. They are doing well so far after winning their group. Just like Costa Rica who also won all three games in the group stage.

The winner of the cup has been either Mexico or the US since the beginning of the new tournament with one exception. As in 2000 Canada managed to win the trophy for the second time in their history.  Since then though only the two top teams were able to win. So it’s no wonder that online sportsbooks in Mexico favor them again. Mexico has the odds of 2.50 to defend their title. While the odds for an American victory are 2.62 in the 2021 Concacaf Gold Cup winner odds. The reigning champions won their group with two wins and a draw and will play against Honduras in the quarter-final.

El Tri are favored to win the tie with the odds of 1.45. Their opponents odds are 8.00 for a surprise result. Players from top European clubs, like Atletico Madrid midfielder Hector Herrera or Napoli forward Hirving Lozano can help the Mexican team to ease through to the next round. The US team should also win easily against Jamaica in their quarter-final. Gregg Berhalter’s team is 100% so far after winning against Canada, Haiti and Martinique. In spite of the absence of several key players, who are already back at their clubs in Europe. Like Chelsea player Christian Pulisic or Barcelona defender Sergino Dest. They should still win their next game as shown by their odds of 1.57.

Can Qatar or any other team surprise the favorites?

Qatar have been playing superbly in the group stage and won against Grenada and Honduras to secure the top spot. Next the team managed by Spanish Felix Sanchez plays against El Salvador. Where they are favored to win with the odds of 1.80. Qatar won the 2019 Asian Cup and hasn’t lost any game since last November. Looks like the team wants to impress everyone in the World Cup next year, hosted by their country. Their victory in the Golden Cup would be a big surprise though and has the odds of 13.00.

Online gambling sites in Mexico mention Costa Rica with slightly better odds, 11.00 to become the champions. Their team qualified for the 2014 World Cup. And we can still find a few players from that team like Joel Campbell. The team’s recent form is not as promising though after not winning any game since last October. But in this tournament they broke the spell and defeated all of their opponents in the group. Now Costa Rica will meet Canada in the quarter-final which is promised to be the tightest match. Canada has been in great form recently after winning their last six World Cup qualifiers. And also their first two games at the Cup before losing 1-0 to the US. Now Canada’s odds to win against Costa Rica are 2.87 on bet365.