Best Ukrainian Boxers Ever: From Klitschko to Dalakian 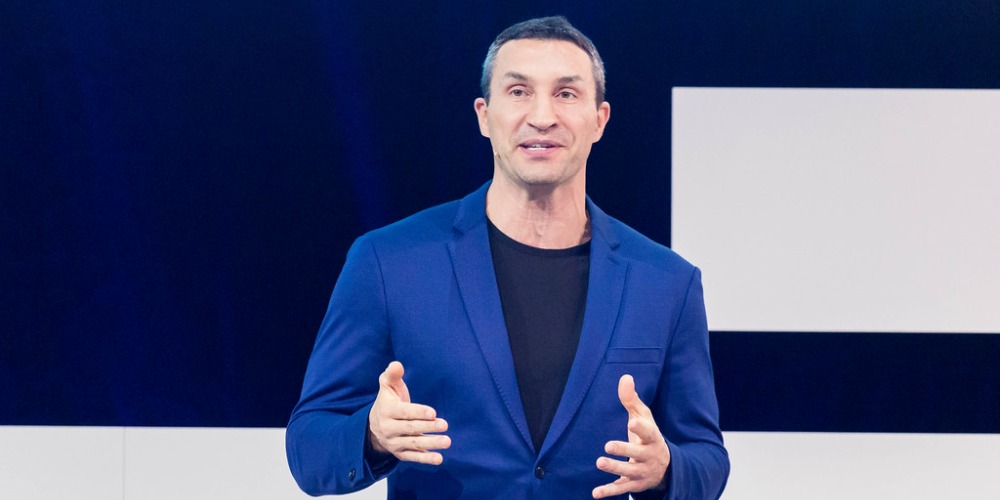 In the world of boxing, of course, there are quite a few eminent and tough Ukrainian fighters. Many of them left an indelible mark on the history of this brutal sport. In this article, we will just recall and consider the ten most powerful and great professional boxers. So who are the best Ukrainian boxers ever?

The list opens, of course, the legendary top heavyweight Wladimir Klitschko. He confidently holds the record for the longest reign in the famous royal division (he was the champion for 12 years). During his career, “Doctor Steel Hammer” took part in 69 fights. And he had 64 wins (54 by knockout), and only 5 losses. During this time, he owned four world belts, including the WBA, WBO, IBF and IBO. Wladimir’s fighting style consisted of outfighting (at a long distance), keeping opponents at a distance due to long arms, and delivering powerful knockout blows.

Like many other boxers from the CIS space, the youngest of the Klitschko brothers first showed himself in amateur boxing and only then turned into a pro. Nevertheless, the time spent there was not in vain. As evidenced by the gold medal of the Olympics, the silver of the European Championship, and cool statistics (140 fights, 137 wins, 65 knockouts, and 3 losses). After moving to the highest level, Wladimir Klitschko eventually became a real hegemon. He defeated many tough opponents (David Haye, Sultan Ibragimov, Ruslan Chagaev, Kubrat Pulev, Ray Mercer). Wladimir held the longest series of unified title defenses, accumulated great spectator interest, and managed to earn a huge fortune.

The next in line, of course, will be Wladimir Klitschko’s brother Vitali. When he was a professional, he also represented a very formidable force and achieved a considerable number of various sports successes. He started his path with amateurs. There he participated in about 95 matches, achieved 80 victories (with 15 defeats). He won the gold of the World Military Games and the silver of the World Championship.

Further, speaking in the royal heavyweight, he managed to achieve the champion title in three prestigious versions of the WBA, WBO, and The Ring at once, as well as win victories in 45 fights out of 47 meetings. Thus, his overall statistics include 47 fights, 45 wins (of which 41 by knockout), and 2 losses. The Ukrainian won most of his victories, first of all, due to the competent use of physical advantages and powerful natural force of blows. One of his most striking battles in pro boxing, of course, was the meeting with the legendary Lennox Lewis. It was a very interesting, tough, bloody, and competitive duel.

One of the most notable and technical boxers of our time, regularly included in the TOP 10 of the best fighters, regardless of the weight category, according to The Ring magazine. The height is 170 cm, he performs in the lightweight category (61 kg), the fighting style is outfighting. He is the WBA, WBO, and WBC world champion, and also has the honorary The Ring belt (since 2018). He started his boxing career with amateurs. There, he became a real legend, winning as many as 396 times out of 397 meetings and winning Olympic gold twice.

Deciding to turn professional, Vasily signed a contract with Bob Arum’s Top Rank promotion company. And he immediately entered the top fights. Already in the second of them, he fought for the WBO belt in the featherweight division (57 kg). And he had his first extremely controversial defeat from the Mexican Orlando Salido. Nevertheless, Vasily continued his victorious march in sports. And without any problems he began to deal with all opponents in the ring. He was demonstrating a technical fighting style with a variety of combination series, skillfully moving around the ring and simultaneously adding prestigious world belts.

Oleksandr Gvozdyk decided to end his professional career quite early. But even the short time he spent in the ring is enough to be considered one of the best Ukrainian boxers in history. In the professional arena, Gvozdyk managed to participate in 18 confrontations. 17 of which ended in his victory. The only defeat was only in the championship match against Artur Beterbiev. The boxing style of the Ukrainian mainly relied on combinational techniques and constant movement. Thanks to this he often interrupted opponents and led on referee cards. Such an arsenal allowed him to later win the WBC championship in a very fierce battle with the top Adonis Stevenson and successfully defend this prestigious belt once.

Next on the list is the first European unified undisputed world champion in cruiserweight history Oleksandr Usyk. He has now moved to heavyweight. Like Vasily Lomachenko, he primarily relies on technique and movement. Usyk first achieved great success in the amateur ring. And then he quickly mastered the professional level and gained a reputation as a skilled fighter. As the online sportsbook news in Ukraine states, currently, he has 17 fights in his career, in which he won 17 victories. Of course, his highest achievement is the victory in the WBSS world boxing series. As a result Alexander won the Mohammed Ali Cup and unified the champion titles in four major prestigious versions (WBA, WBC, WBO, IBF).

Artem performs in the flyweight category (50 kg), holds the WBA champion title since 2018. And he is still the current undefeated boxer. Born on August 10, 1982, in Baku, he moved to Ukraine in 1991 and gradually began to engage in various sports.

Subsequently, he played many matches in amateur boxing. And in 2011 he began to build a professional career. Wherein in his debut meeting he knocked out his first opponent. At the moment, the statistics are as follows: 20 fights, 20 wins (of which 14 knockouts), and 0 losses. In his last fight with Hosber Perez, despite an injured hand at the very beginning of the fight, Dalakian still won by a referee’s decision and brought the series of defenses to the mark of 4.

“Ice Man” held 33 fights in the boxing ring, won 31 victories, and suffered 2 defeats. Currently boxing in almost one weight category: welterweight (63 kg). During his professional career, he held the WBC belt (from 2015 to 2016). He has been performing at the highest level since 2007. Victor won the championship title in a duel with the famous Argentinian fighter-puncher Lucas Matisse. And the victory here was unexpectedly for many fans by knockout. 22Bet always provides the largest boxing tournaments. Check out the online sportsbook sites in Ukraine for the best betting odds.

Sergey Dzinziruk was the WBO champion for six years (from 2005 to 2011), successfully defending the title of this organization in the junior middleweight category (69 kg). According to this indicator, by the way, he is one of the best among professional Ukrainian boxers in history.

Profiting statistics are as follows: 40 fights, 37 wins (including about 24 knockouts), 2 losses, and 1 draw. He started his career as an amateur boxer. There, he spent a total of 220 fights, won 195 times, and had 25 defeats. He took the silver of the World Championship, as well as the silver and bronze of the European Championship.

Sergey received his most important title after a fight with Puerto Rican WBO champion Daniel Santos in the winter of 2005. The Ukrainian was able to confidently defeat his opponent by unanimous decision. A knockdown in the eighth round played in his favor. This was followed by a series of successful defenses, which lasted until 2011. Don’t miss your chance to bet on 22Bet, which is one the best online sportsbooks in Ukraine.