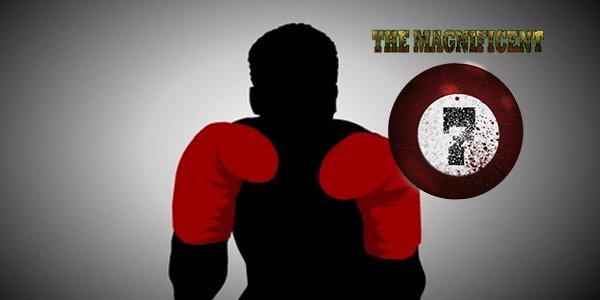 History contains many a good boxer or two, but only some can be called great and here are seven of them

The history of boxing is littered with true sporting greats who have risen to prominence through sheer hard work and skill, dedication and perseverance. Even if you are not yourself a huge fan of boxing you will have heard of them, perhaps know their faces, and may even be aware of their feats in the ring and some of their exploits beyond the ropes. Boxing has produced some remarkable individuals and some great sportsmen, sometimes these have been one and the same.

Now I’m not going to claim this is a definitive list, I don’t want to be the opponent in Tyson Fury’s next fight, but merely that these are my choices for the best pound-for-pound boxers that the world has yet produced. Of course my opinion and yours may not coincide but I think you’ll find it hard to argue that any of these men don’t belong on a list of the very best boxers in the world. You can always argue with me about it in the comments section below.

I could probably just stop there, just the name alone is enough. There’s only one boxer that dared call himself “The Greatest” and then proved it to everyone. One of boxing’s biggest characters, biggest stars and greatest participants, Cassius Clay really did float like a butterfly and sting like a bee…he also punched like a freight train and moved about the ring as if he owned it, which he so often did. In sixty one bouts he lost only five times, and when he won he usually did by knocking his opponent out, but Ali was so much more than just a man in a ring gaining statistics of victory, he was boxing’s Elvis, and still is.

Turning professional after an amateur career of 85 victories vs 0 losses Sugar Ray Robinson is widely regarded as one of the best boxers the world has ever seen. In eleven years he established a professional record of 128 victories, 84 of them knockouts. From 1943 until 1951 he built up a 91 fight winning streak winning the world middleweight title in the process.

He even took time out to retire for a while but soon found himself back in the ring, but like so many who return, he regained his title in 1955 and then won it five times in a row. The first to ever do so. A truly superb boxer.

Nicknamed “The Brown Bomber” he was heavyweight world champion from 1937 to 1949 and did much for the sport beyond merely being such a wonderful participant. His 140 month championship tenure included 26 championship fights, winning 25 times, and he’s widely regarded as being one of the first to break down sporting colour barriers in the United States at a time it wasn’t done to do so. Still regarded as one of the best punchers the sport has ever seen no list of the best would be complete without this amazing man.

Best known for his domination of the 1980s, winning titles in five different weight divisions and earning himself over $100m in purses along the way, Sugar Ray Leonard also won a gold medal in 1976 whilst still an amateur.

With his orthodox stance and determined footwork his bouts won him a huge following, and as the eighties progressed he merely stamped his superiority on the ring beating such illustrious opponents as Benitez, Hearns and Hagler. The latter in a long bout with a split decision at the end people still argue over. But there’s no argument he belongs on this list as one of the true greats.

A five division world champion who is, as of this time, undefeated, Floyd perhaps embodies the spirit of boxing in the current era. His drive, determination and skill have made him the highest paid athlete in the world (according to Forbes, that bastion of gambling news, who should know) and he’s still going.

He’s scheduled to fight Marcos Maidana this September in Vegas in a rematch for a bout he won in May which should be an interesting bout for both the neutral observer and those of us who enjoy a little flutter on the prowess of boxers like Floyd. He’s currently the best and deserves to be on this list, and still will if he loses in Vegas.

This amazing Filipino is still rated as one of the best boxers and is still currently the WBO welterweight champion. His amazing speed and punching skill has left a whole plethora of defeated opponents behind him and the pound-for-pound argument as to whether he or Floyd Mayweather Jr. is better rages on even now.

Like many boxers he has attempted to have a career beyond the ring as well, but unlike most of them was elected to the House of Representatives in the Philippines…..then re-elected to it, making a list of casinos in the Philippines. He represents the Sarangani province, and perhaps the zenith of boxing.

Undisputed world heavyweight champion, now retired, Lennox Lewis won gold in the 1988 Olympics and then turned professional a year later laying waste to his first 21 opponents. His rise to undisputed British heavyweight world champion is a story of big fights and huge results.

He defeated Evander Holyfield, went on to demolish the seemingly unstoppable Mike Tyson and then stopped the massive figure of Vitali Klitschko before (quite sensibly) retiring in 2004 having beaten everyone he needed to beat. Lennox went out at the top of his game having only lost twice, and both times winning the rematch afterwards. A truly superb boxer.