Summer and Winter Olympics Medalists: Winners in Both

News >Summer and Winter Olympics Medalists: Winners in Both 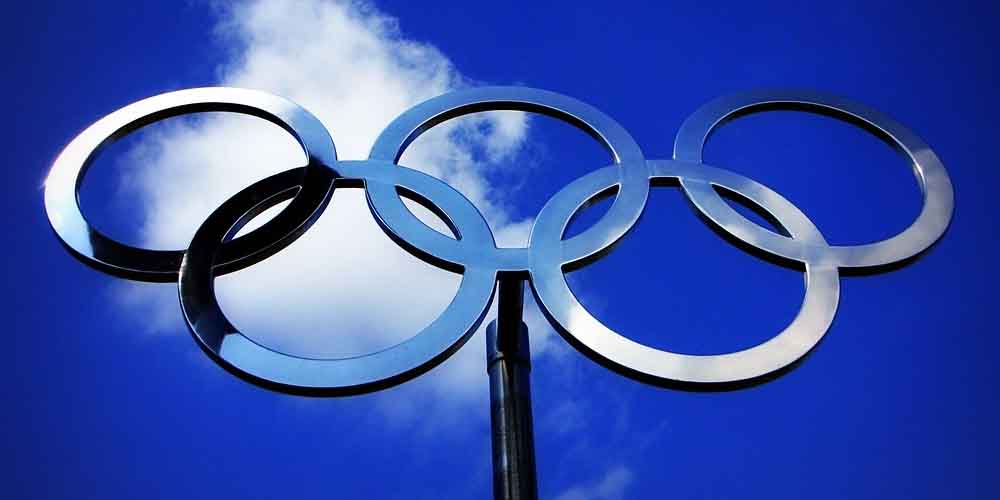 For many athletes, going to the Olympics is their main goal. Participation in several Olympics is the ultimate dream. But what about competition in both the Summer and Winter Games? In the history of the modern Olympic Games, only 128 athletes took part in both the Summer and Winter Games. However, only five athletes won medals in summer and winter. Below we take a look at the stories of outstanding athletes who are infinitely passionate about the Olympic Games.

Three weeks before the 1932 Winter Olympics in Lake Placid began, an old friend called American lawyer and Olympic boxing champion Eddie Egan. It was Jay O’Brien of the US Olympic Bobsleigh Committee – they needed another person for the US four-man bobsled team. Egan agreed, telling his wife, “Guess what? I’m on the US bobsled team now! ” ​​

Egan, a World War II veteran, previously competed in the 1920 Olympics in Antwerp, winning gold in the men’s light heavyweight boxing competition. Before the Lake Placid Games, Egan had never done bobsled, but it turned out to be a minor detail. Egan and Team USA won gold in fours, making the American the only person in Olympic history to win gold in both the Summer and Winter Games in various disciplines. The 22Bet Sportsbook will be your safe guide to find the best odds for the Winter Olympics.

2. From the Springboard to the Yacht: Jacob Tullin Thams – Ski Jumping and Sailing

Jacob Tullin Thams was one of the best, if not the best, ski jumpers of the 1920s. Thams lived in Norway, where there were no separate ski jumping competitions. The country was dominated by ski nordic, which combined this discipline with cross-country skiing. Thams was excellent in the air but ran poorly. Because of this, he did not submit to any ski nordic tournament in Norway. Jacob seized the chance at the first Winter Olympics in Chamonix. Thams won gold at the big springboard and made his name in history by becoming the first Olympic champion in ski jumping.

Four years later, at the next Winter Games in St. Moritz, the Norwegians faced serious competition from the Swiss. After the first round of jumps, a controversy over the rules erupted, and some Swiss athletes accused the Norwegians of cowardice. It looks like Thams took it personally, so instead of the “safe” jump that guaranteed a medal, he tried something more radical. The Norwegian jumped an incredible 73 meters – this result could have become a world record, but the landing failed. The place on the podium had slipped away, but the conscience was clear. Nevertheless, Thams still won another Olympic medal – at the 1936 Summer Games in Berlin, the Norwegian took silver in sailing.

3. From Ice to Track: Christa Luding-Rothenburger – Speed Skating and Cycling

Christa Luding-Rothenburger’s achievement can be safely called exceptional. The German woman took the medals of the Summer and Winter Olympic Games in one year – in 1988. In 1984, in Sarajevo, Luding-Rothenburger won the first Olympic medal in her career, taking gold in the women’s 500m speed skating competition. Also, on the advice of the coach, the athlete was engaged in cycling. Cycling culminated in a trip to the 1986 World Cup, where Luding-Rothenburger won the sprint. The online sportsbook sites in the US states that 1988 was the peak of his sports career. At the Winter Games in Calgary, Christa took gold (1000 m) and silver (500 m) in speed skating, and at the Summer Olympics in Seoul, she distinguished herself in cycling, finishing second in the sprint.

Canadian Clara Hughes’ story reflects Olympic values. Clara was a troubled teenager who did not represent herself in sports. That was until she saw compatriot Gaetan Boucher compete in speed skating at the 1988 Winter Olympics in Calgary. Inspired by Hughes, she decided to go in for speed skating to also represent the country at the Olympics. But then cycling burst into her life. It turned out, not in vain: at the 1996 Olympics in Atlanta, Clara took bronze medals in the individual and group races.

After the unsuccessful 2000 Olympics in Sydney, Hughes returned to her long-standing passion – speed skating. After just 17 months, she made it to the 2002 Winter Olympics in Salt Lake City and won the bronze medal in the 5000m race. The tale continued at the 2006 Games in Turin, where she won gold (5000 m) and silver (team race). Clara’s last Olympics were the 2010 Games in Vancouver, where she took bronze (5000 m). In total, Hughes has won six Olympic medals – the most on this list. For the upcoming Winter Olympics, don’t forget to check out 22Bet Sportsbook and place your bet.

Lauryn Williams is another athlete who is imbued with the Olympic spirit. In the 2000s, she was one of the best in the sprint along with Marion Jones (USA) and strong athletes from Jamaica. Williams won silver in the 100m race in Athens in 2004 and gold in the 4x100m relay in London in 2012. The American also won three gold medals and one silver at the World Athletics Championships and competed in the 2008 Beijing Olympics. However, after Williams graduated from athletics, her love for the sport did not leave her.

Six months before the 2014 Winter Games in Sochi, she tried herself in bobsleigh. Lorin won the Olympic silver in doubles at competitions in Russia, losing to first place by only a tenth of a second. According to the online sportsbook news in the US,  Williams is the first American athlete to win medals at the Summer and Winter Olympics.

So these were 5 Summer and Winter Olympic medalists who climbed the podium in both Games. Also, check out the main contenders of the 2022 Winter Olympics.