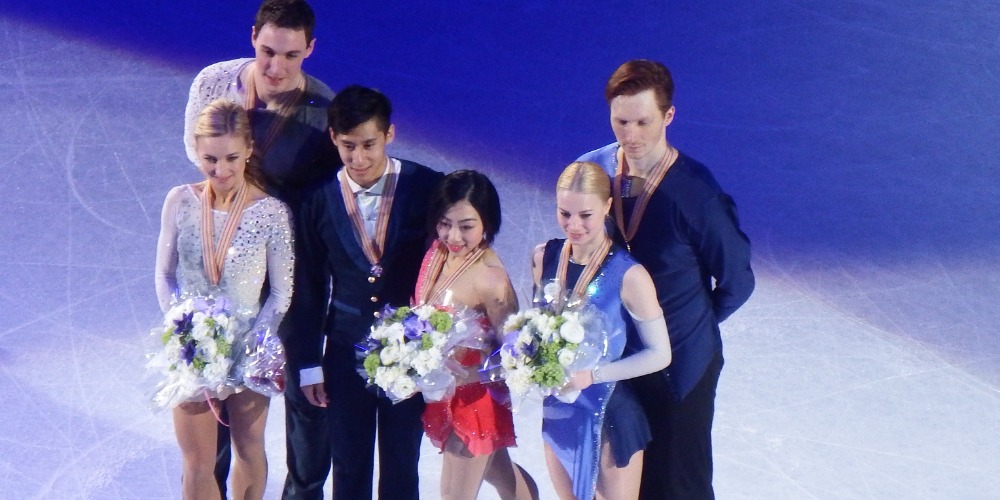 The 2022 World Figure Skating Championships is held this week, between 21-27 March in Montpellier, France. With no Russian skaters and other champions also missing the event, we can see some new skaters on the podium. The 2022 World Figure Skating Championship odds favor Japanese skaters in the men’s and women’s singles events. While the American and the French pair can win in the pairs and ice dance competition.

The dominance of Russian skaters has been very significant in figure skating so it will be strange to see a world championship without them. They are the defending world champions in three events. Winning three gold, one silver, and two bronze medals in the previous world championships. In their absence, Japanese skaters are the biggest favorites to win the men’s and women’s singles events. Especially after the withdrawal of Nathan Chan and Yuzuru Hanyu. In the pairs event, the Chinese pairs also decided to skip the event, making it an open competition. While the ice dance competition can bring a fifth title for the reigning Olympic champions, the French Gabriella Papadakis-Guillaume Cizeron pair.

In the women’s singles, fans could see a full Russian podium last year. So this championship can bring some new medalists. Japanese Kaori Sakamoto is the biggest favorite of online sportsbooks in France to win the gold. They offer the odds of 1.24 for the 21-year-old skater’s victory. Sakamoto won the bronze medal in the 2022 Olympics, and she is the current Japanese champion. One of her biggest rivals can be her compatriot, Higuchi Wakaba who finished fifth in Beijing. She also won the silver medal in the 2018 World Championships and has the odds of 7.10 to get the gold now. Triple Axel can be her biggest strength just like You Young’s. The South Korean finished behind Wakaba in the Olympics and has the odds of 8.10 to win the title.

The 2022 World Figure Skating Championship odds also predict a Japanese gold in the men’s singles. The silver medalist of the 2022 Olympics, Yuma Kagiyama has the smallest odds, 1.69 to take over Nathan Chan’s throne. The young Japanese skater also got the silver in last year’s world championships. But interestingly he only finished third in the domestic championship. That was won by Yazuru Hanyu who will also miss this event due to an injury. Unlike Shoma Uno, who got the silver medal in the 2017 and 2018 world championships. He finished behind Kagiyama in Beijing and won his third Olympic medal.  His odds to finally get the gold is 3.04 on 22Bet. While American Vincent Zhou will also try to make up for his missed Olympics with the odds of 5.05 to finish on top.

Open Competition in the Pairs, Huge Home Favorites in The Ice Dance Event

The Olympic champion Chinese pair of Sui Wenjing and Han Cong won’t attend this year’s world championships, neither will the other Chinese duos. With no Russian pairs either, this competition looks like the most balanced one. The best-ranked pair is the American duo with Alexa Knierim and Brandon Frazier who finished sixth in the Olympics. The 2021 US champions have the odds of 2.11 to become world champions. But online gambling sites in France offer similar odds, 2.31 for the victory of the Japanese pair who had their breakthrough this season.

The Riku Miura and Ryuichi Kihara pair were 8th in the Olympics. But they also won the silver in the 2021 Skate America. The other US pair with Ashley Cain-Gribble and Timothy DeLuc finished ahead of them in Beijing and can also fight for the gold in France.

Bookmakers don’t expect too much competition in the ice dance event. Where the 2022 Olympic champions and four-time world champion French pair is the huge favorite. The Gabriella Papadakis and Guillaume Cizeron pair can be only the second pair in the sport’s history to win five world titles. If both of them stay healthy, it seems unlikely for any other pair to beat them. Especially with the absence of their biggest Russian rivals. Their superiority is shown in their odds of 1.06 to win the gold. The Olympic third and fourth-placed US pairs of Madison Hubbell-Zachary Donohue and Madison Chock-Evan Bates follow them as favorites with the odds of 15.00 and 17.00. The ice dance free program will end the competition in Montpellier on Saturday, also signing the hope of a French gold.