These Are the 2022 NBA Coach of the Year Predictions

News >These Are the 2022 NBA Coach of the Year Predictions 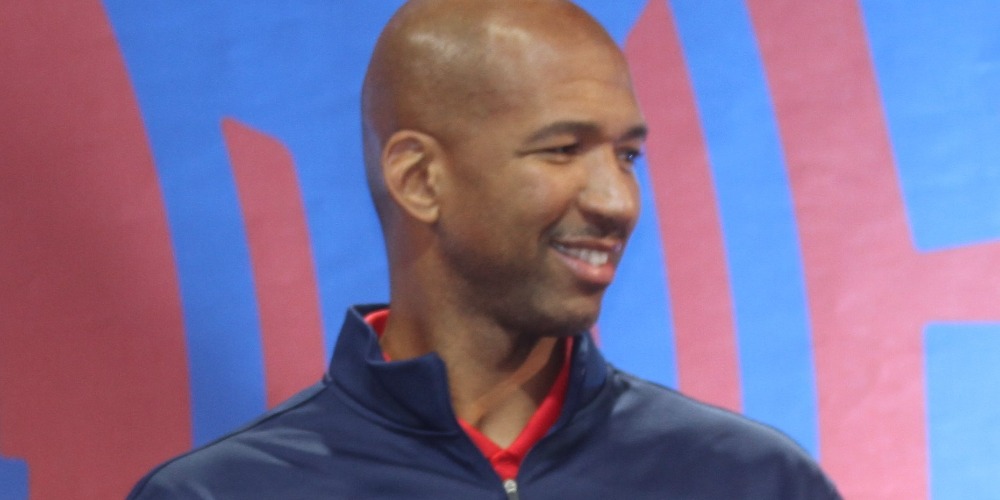 So are you ready for the 2022 NBA Coach of the Year predictions? This season of NBA has been pretty amazing so far. We can say rookies are showing us how talented they are. We can see exciting games, coaches making their team even better. Watching NBA is always amusing, but why just watch when you can bet on it too? That’s right, and you can’t only just bet on the outcome of each game. What does that mean? Well, you can even bet on certain titles and guess who will be the winner of them each year.

One of the most popular ones is Rookie of the Year, Most Improved Player of the Year, and Coach of the Year. The latter one bears huge importance if you think about it. A coach is one who can make great players into an even greater team. Coaches like Phil Jackson for the Bulls can make a real difference. When he was the coach the Chicago Bulls thrived in the 1990s. So if your team has a good coach they can be champions and be the bests. Now, are you ready to hear the 2022 NBA Coach of the Year predictions? Keep on reading and then visit Bovada Sportsbooks to place on your wagers!

2022 NBA Coach of the Year Predictions: Monty Williams is the Frontrunner

In the first place of the 2022 NBA Coach of the Year predictions, we have Monthy Williams. The coach of the Phoenix Suns has the highest odds to win the title in this season. According to online sportsbooks in the US, ha has his winning odds at 1.40. Since 2005 he has been a coach and 2019 was the year when he signed with the Suns. This is his third year with them and he makes the best out of it. Williams reconnected with star point guard Chris Paul on November 16, 2020.

After last coaching him in 2011 with the New Orleans Hornets. Williams was selected NBCA Coach of the Year at the end of the 2020–21 season. He was also runner-up to Tom Thibodeau in the NBA Coach of the Year voting. The Suns concluded the season with a 51–21 record. By that securing the Western Conference’s second seed and capturing the division. Williams led the Suns to a six-game first-round series triumph against the reigning champion Los Angeles Lakers.

The Suns then defeated the Los Angeles Clippers in six games in the Western Conference Finals, bringing them to the NBA Finals for the first time since 1993. Williams is also making his first appearance in the Finals as a coach. The Suns would fall in six games against the Milwaukee Bucks. Williams was appointed the Western Conference head coach for the 2022 NBA All-Star Game on January 30th, 2022, as a consequence of his team’s league-best 40–9 record this season.

Next up we have JB Bickerstaff, coach of the Cleveland Cavaliers. Even though according to Bovada Sportsbooks he is only the second one, he has good odds. Well not just good odds exactly, some people say he’ll win the title this year for sure.

And with winning odds at 4.20 it could easily happen. As the coach of the Cavaliers, he has shown just how good a coach he is. Regardless of the Cavs’ position in the Eastern Conference, Bickerstaff has figured out how to get the most out of his group. He’s the right mix of youth and experience.

Evan Mobley is having a Rookie of the Year-caliber season. And has lived up to the buzz around him before the draft. In Year 3, Darius Garland is playing the best basketball of his career. Kevin Love and Ricky Rubio, both veterans, have taken bench positions in order to offer a spark. With Mobley, Jarrett Allen, and Lauri Markkanen, Bickerstaff has really established his own style this year.

What’s more, he’s not hesitant to go big-man heavy. Rather than allowing opposing teams to determine his lineups, Bickerstaff plays to his team’s strengths. Bickerstaff has got the entire club to buy into such an underdog mindset. Just right after the Cavs have had three dismal years since LeBron James’ departure. The Cavs have already eclipsed their victory total since last season. They won nearly half of the games because players are committed to playing for each other.

Can Taylor Jenkins Win Coach of the Year?

According to online sportsbooks in the US, Taylor Jenkins can be the one winning the title. In this season he has been showing off why he is a really good coach. With winning odds at 7.00 it seems like he has a high chance to win. And since the season is not over yet, anything can happen.

In his coaching career, it’s his third year coaching the Memphis Grizzlies. With that Jenkins is just at the top of his career. The Grizzlies, who are presently third in the Western Conference. What’s more with a record of 31-16, have once again shown to be a tough force. Jenkins has already been selected Western Conference Coach of the Month twice this season. The first time was in December when he led Memphis to a 12-4 record. Since January 2015, the squad has had the most wins in a single month.

If you look at the 2022 NBA Coach of the Year odd, you’ll find Billy Donovan’s name too. As the coach of the Chicago Bulls, he has high odds to earn the title this year. If you visit Bovada Sportsbooks, you’ll find his odds are at 8.00. With a 28-15 record, the Bulls lead the Eastern Conference.

Given that they dealt with a spate of players in the league’s health and safety regulations last month, and a number of key players, like Zach LaVine, Lonzo Ball, and Alex Caruso, have all been injured and lost time in recent weeks, this is a remarkable accomplishment. Donovan was selected Eastern Conference Coach of the Month after the Bulls went 9-7 in November. Last season, Donovan’s first year in Chicago, the Bulls won only 31 games.