4 Reasons Why Donald Sterling Should Enter the Casino Business 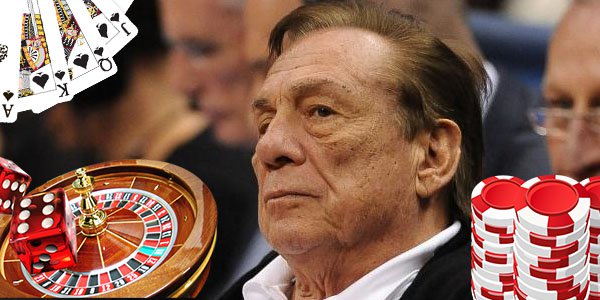 While Donald Sterling’s career as an NBA owner seems to have reached its end, the casino business may be a much better fit for him.

Los Angeles Clippers owner Donald Sterling has long been one of the most despised figures in American professional sports, but a recent incident topped all others. A tape was leaked recording a conversation between Sterling and his girlfriend during which he asked her not to “publicly associate with black people.” He specifically requested that she not invite former NBA star Magic Johnson to Clippers games due to the color of his skin.

The incident caused outrage and Sterling was handed the harshest penalty in NBA history: a lifetime ban from the sport, $2.5 million fine and demand that he sell the Clippers. Given that Sterling’s 30+ years as an NBA owner appear to be over, we suggest that he give the casino business a shot. Here are a few reasons why:

#1) He can say what he wants in private conversation

The casino industry has an unsavory reputation in the first place, so an owner making offensive private statements is unlikely to provoke a backlash.

• Recently ousted from the NBA, Donald Sterling would do well to get into the casino business

• Pro sports owners have a responsibility to please the fan base even when it costs extra money; in the casino business, the bottom line is the only line

Professional basketball is a cultural institution which is enjoyed by Americans of all ages, genders and races.

In order to maintain its business model the NBA must continue to cultivate a public image of political correctness. The same rules don’t apply to the casino industry.

Race is a major issue in the NBA due to the fact that 80 percent of players and almost half of coaches are African American as well as a very large proportion of the fan base. That is contrasted by the fact that the league has only one black majority owner, Michael Jordan of the Charlotte Bobcats. These dynamics make for a tense situation in which participants must tread lightly when it comes to race.

Race is less of an issue in the American casino industry. Why? Studies shows that both whites and blacks gamble in large numbers, but that the vast majority of patrons in both land-based and online casinos in America are white. Black gamblers primarily play non-casino games like video slot machines, dice and informal card games, according to Deborah G. Haskins of the Maryland Council on Problem Gambling.

This has to do with the fact that many casinos are located far from black communities, and that blacks don’t feel welcome in many establishments. Casino owners don’t need to court the black community in order to turn a profit, as the NBA must. So if Donald Sterling is ever recorded saying: “I don’t want black people in my casino,” he’ll probably be in luck, as chances are not many of them will come anyway.

#3) There is no equivalent to Adam Silver

While Sterling is unpopular with many of his fellow owners, his ousting came down to a judgment call by league commissioner Adam Silver. The NBA is a cartel of owners with the exclusive privilege to field pro basketball teams. It is a gentleman’s club which delegates executive power to the commissioner. Because of the collective aspect of the league the owners have the right to maintain discipline in their ranks. In this case, through Silver’s executive power, they essentially muscled Sterling out of the league.

While the casino industry is an exclusive club as well, there is no commissioner-type figure who represents the interests of casino owners. State gaming regulators can rescind a casino license if an establishment is operating outside of American gambling laws, but an owner can’t be kicked out of the club by a powerful central executive. In America, that is exclusive to pro sports leagues like the NBA.

#4) He can shamelessly pursue profit

A pro sports team is a for-profit business, but due to the emotional connection between teams and their communities owners are under pressure to make the fans happy. Sometimes putting the fans first isn’t best for the bottom-line, as owners often pay out more for players than what they bring back in revenue. Sterling has been a notorious cheapskate, and until recently the Clippers were perennially one of the league’s worst teams.

As a casino owner he would be exempt from such criticism. A gambling venue is not a beloved social institution, and it’s an established fact that casinos operate for the bottom line and nothing else. He would simply be transferring the naked pursuit of cash to an industry in which the activity is socially acceptable.