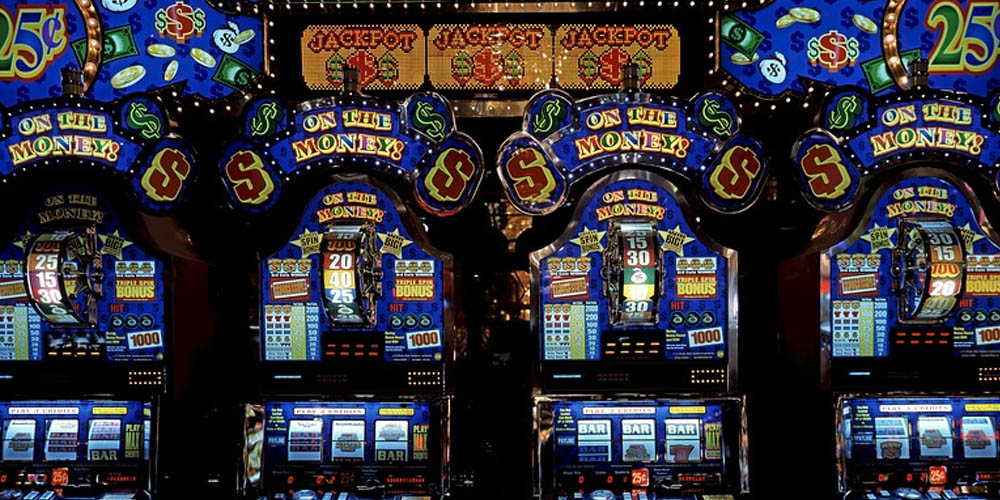 Like all classic casino games, slots have a long history full of unbelievable or simply amusive moments that make them stand out from the other activities. Here are the 5 casino slot fun facts that we find the most interesting to learn about.

Slot machines are among the most popular gambling activities in the world. It has an army of fans thanks to the great diversity of games – from Ancient Rome themed slots to machines featuring football and dogs race. Everyone can find a slot to play according to one’s interests. In addition, slots are really easy to play, that’s why they conquered the gambling world 129 years ago. Don’t you know that this game is so old? Hold on, many interesting facts about slots are still ahead!

Slot machines have many bizarre names

The slot game is a true chameleon as it has changed its name multiple times throughout history. The original name of a slot machine – one-armed bandit – emerged once it was created. The very first slots had a mechanical lever at one side to help spinning reels and it reminded about an arm. In addition, winning money from the machine was almost impossible, so it was called “a bandit” for emptying people’s pockets.

Later, gamblers from different parts of the world started giving names to slots based on either national features or machine updates. Thus, it was called “a fruit machine” in Britain for using fruit symbols during the game. Scotts named it “puggy”; this term derived from an old word “monkey” and designated something noisy and ugly-looking. Americans and Canadians stopped at “slots”, which was easy to remember and was then caught on by the majority.

The former biggest slot is more powerful than a motor

This is one of the weirdest facts concerning slots. Did you know that slots have fixed their own record thanks to the biggest machine in the world? A super slot named Big Bertha once was the most powerful machine with more than 2 m in height and 5 horsepower. It is more than a standard electric motor has!

Big Bertha was first introduced in Las Vegas in the middle of the 20th century. It is still the most famous giant slot machine, even though it doesn’t hold the record any longer. Yes, there are even more powerful slots in the world! The current record belongs to Bally’s slot machine at Barney’s casino in Nevada. You have to do your best to not break your arm while trying to spin these giant reels! So, better stay at home playing Bet365 Casino games to avoid any injuries.

Slot games are definitely the most diverse among all casino activities. There are hundreds of themes that will suit everyone’s taste. Are you a music fan? Here are various slots featuring the most famous performers. Do you like movies? Try Jumanji or Jurassic World slots. Can’t live without sports? Play football while playing slots. Nowadays, gamblers can find whatever they want at online casinos in the UK. One of the casino slot fun facts is that there even are really weird games like Machine Gun Unicorn, where lovely ponies kill zombies, or Bible slots based on the Holy Book. In brief, everyone can find reels to spin for his/her pleasure.

Cheating in casino games has never been tolerated by any casino. If you try to violate the rules and fair play policy, you will be banned from gambling or even imprisoned. However, severe punishment doesn’t prevent con artists from cheating attempts. One of the casino slot fun facts touches upon Louis “The Coin” Colavecchio, who played slots with fake coins. He made them look so similar to the real ones, that even managed to trick a few machines in land-based casinos. He was obviously caught, but the story entered history as one of the most interesting and complicated ways of cheating. That is another reason why it is safer to gamble online as there is no chance to face such frauds.

There are professional slots players

Casino slot fun facts include professional slot players too. Why are they here? If you played slots at least once, you know that this is the most typical game of chance of all casino games. No tactics, strategies, knowledge, or skills help you win, if Lady Luck isn’t on your side. The only thing you can do is betting carefully to benefit even in case of missing the biggest jackpot. Therefore, the term “professional slot players” should be renamed as frequent slot players even if they study slot machines for ages.

You can discover more about Bet365 Casinohere.