Guam administration discovers that for 10 years, gambling has been governed by a law, which has not been properly passed. 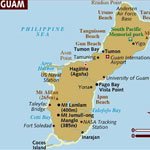 While there do exist American gambling laws on a federal level, setting certain limits and prohibitions, the issue of regulating or banning land-based gambling is left up to the individual states, and special jurisdictions such as Guam.

Local regulations allow the Powerball lottery, bingo, casino games, dog racing, cockfighting and special, seasonal, Carnival casinos. They provide some general guidelines, but do not lay down many specific rules.

Now, this could even be considered the sign of a laissez faire approach to gambling, but it looks a lot more like a case of blunder by the local administration. When the rules were written by the Department of Revenue and Taxation around 10 years ago, they contained a provision to task the Gaming Commission with developing the specific rules.

Only there has been no Gaming Commission formed ever since.

The broad language of the regulation, however, has since been used to justify the licensing and taxing of 216 slots on the island in April. Opponents of the move have suddenly realized that something is amiss. Vice Speaker Benjamin Cruz (D), a former chief justice even doubts the validity of the existing regulations.

“The Legislature has never given any governmental agency the authority to repeal and reenact statutes,” said Cruz, adding that “it’s an unconstitutional usurpation of authority … it can’t be law.”

“I think some of us are just going to have to sit down and decide to save everybody the trouble. Before anyone files anything, we’ll need just to repeal the whole thing so that what anybody thought was adopted in those [regulations] are just repealed entirely,” explained Cruz his suggested plan of action.
In 2012 alone, locals have gambled away some US 30 million at the slots.