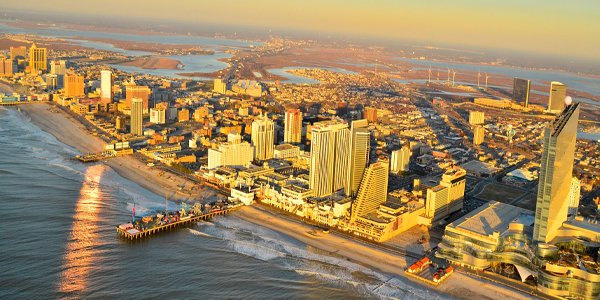 Atlantic City has difficulties in deciding whether to keep fighting for their own good or give up and accept the seemingly inevitable circumstances.

Atlantic City casinos are forced to make one of the hardest decisions in the history of their gambling places. They will soon have to choose whether they will agree to allow new competitors entering their market and try to make the best out of their unfortunate situation, or keep fighting against this.

Changes in US gambling laws will have to be made in order for the great gaming city to be able to continue its blossoming industry in the game of luck. All parties participating in the given question are becoming less and less patient, and everyone expects to find the quickest and best possible solution.

Politics can be a decisive factor

Political and business supporters also need a fast decision so that they can plan their future investments and campaigns better. In order to reach a common agreement, a new proposition has been made which might lead to break the sole hegemony of the well-known capital of gambling, Atlantic City.

According to this new law, other casinos would be built outside of Atlantic City. They are asking the opinion of the public on the matter in recent times so that the participating actors will become familiar on what their own people want to do and how they wish to deal with the controversial debate.

In case the voting will end up resulting for accepting the new gambling laws, the new projects for opening casinos in Bergen County Meadowlands, in Jersey City, Newark and in New Jersey, will be launched as soon as possible. The possible amendment of the current state constitution would destroy Atlantic City’s privilege within the state.

Online gambling sites in US report that the most important details are still to be worked out perfectly as they are not entirely ready with the new bills. For example, there is not even a secured time for when the voting would take place, however, it is possible that it will be held in the November of 2015.

Atlantic City’s casino revenues would not completely disappear in case the new project is voted and accepted. Northern cities, such as New York City for example, has assured the popular gambling city that a significant share of the new tax revenue will be donated to Atlantic City in order to help them recover.

East Rutherford Race Track is quite close to the Giants and Jets Stadium.  (Photo: Stadiums USA)

Casino gambling providers also aim to reach out to NFL enthusiasts as they have revealed a USD 1 billion plan to create a casino at East Rutherford horse-racing complex, which can be find right next to the NFL stadiums of New York Jets and New York Giants.

By the time they are building casinos for USD 1 billion in New York, 12 casinos had to be closed in Atlantic City, says the city’s mayor, Don Guardian. He predicts that even though the fact that those casinos are doing quite well lately, they might have to face the same problems as Atlantic City, in the very near future.

New casinos will destroy the old ones, says Guardian

US gambling news quote the words of Don Guardian, who has said that, “Any casino outside Atlantic City would certainly be detrimental to the amount of visitors and revenue we receive in Atlantic City. A casino in north Jersey is going to cannibalize two or more casinos in Atlantic City, and then will lose out to casinos in New York and Manhattan. We need to do everything in our power to keep gaming only in Atlantic City.”

One of the first workers of Trump Taj Mahal, Al Wallinger, claims that this move could result in casino owners wanting to sell their properties outside of the city. In addition, he believes they might even just close down, which could mean that way too many people will lose their jobs within the area.

Democrat and Republican politicians, such as Vince Mazzeo and Chris Brown also agree on this topic with the two above-mention people. They believe that it is unfair for the first casinos because they had to invest a lot of money in the beginning, while the new casinos have a huge advantage ahead of their competitor companies.

Meanwhile, Steve Norton firmly believes that Atlantic City should be happy about receiving tax revenues and be happy to accept the new deal. “We should gladly accept a meaningful portion of north Jersey win taxes, for giving up our state monopoly, a monopoly with little continuing benefit.” said the former vice president of New Jersey’s first casino, who works as a casino analyst now.