Australia is Looking to Become the New Gambling Destination in Asia 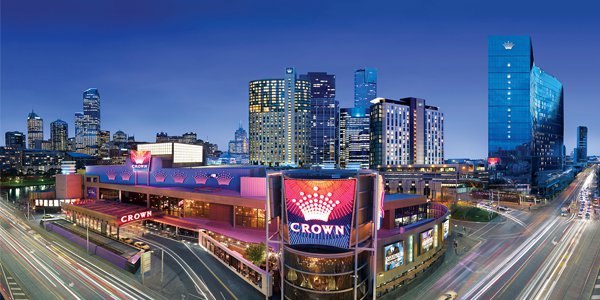 Australia unveils massive projects for integrated casinos and resorts, as they look to appeal to Chinese high-rollers.

Asian high-rollers will catch notice of Australia’s efforts of establishing a new and exciting gambling hub. A number of new casino developments are underway, which will undoubtedly attract the biggest gaming enthusiasts.

Besides creating facilities that will generate millions in gaming revenues, Australia maintains a unique selling point to foreigners. A number of beautiful and well known beaches will add great value to the overall tourist service that they are trying to create. In addition, special complexes and resorts will ensure that visitors come back in the future.

Taking into consideration that the mining industry is not putting out sufficient levels of revenue, the gaming and hospitality industry looks to replace the once popular business.

Gaming institutions and businesses associated with them will strongly benefit Australia. The potential is immense with job creation and income generating industry being among the most important points.

Although there have been concerns about the possible social and environmental ramifications, Queensland and New South Wales still intend to support the construction of four new casinos. The complexes are all at different stages of development, while Queensland remains the most popular destination for visitors.

Gambling news reports that Australian businessman and owner of Crown Casinos, James Packer, has joined forces with Hong-Kong billionaire Tony Fung for a new casino project in the North-Eastern state.

Head of Australian Entertainment and Media at PriceWaterhouseCoopers, David Wiadrowski, highlighted the fact that Asian gambler have a long standing tradition with gaming which will only benefit the state.

“For governments, rightly or wrongly, these integrated resorts are an attractive proposition because they create employment opportunities and tax dollars, which they can then put back into the community.”

Some non-supporters of the casinos are worried that there might not be sufficient demand, which might back-fire to the state. Wiadrowski commented, “It is a high-risk strategy, getting the occupancy in the resort.”

Australia already boasts more than twelve casino properties, although the currently proposed casinos are on a much higher level than the other ones. Tony Fung has been granted a casino license in May, which will see him construct the Aquis resort in Cairns valued at AUD $8.15 billion, once he passes all the relevant regulations.

The project is being hailed as the biggest and most expensive tourist facility in Australia’s history. The plans include eight hotels, and exhibition center, championship golf course, entertainment centers and one the largest aquariums in the world.

The project is set to employ over 20,000 personnel and is expected to increase Queensland’s economy by AUD 1.4 billion per year, once it opens in 2018.

Another planned casino that is being led by a Chinese-Australia investment company ASF Consortium will cost around AUD 7.5 billion and will be located on the Gold Coast. The massive undertaking is titled “Broadwater Marine Project” which bears some similarities to Fung’s casino plans.

Up until now Echo Entertainment was the only casino in Queensland’s capital, Brisbane. However, Crown Casino and a Hong Kong firm will team up to add another lavish integrated resort and a gaming facility that will be reminiscent of professional Australian poker rooms.

James Packer is already known globally for his successful casino empire, but his ambition doesn’t seem to quell considering he wants to open a casino in a prime location on Sydney Harbor in 2019.

Strong competition from nearby nations

Packer identifies the Chinese gamblers and tourists as bearing the most potential for his plans. “We believe that Crown Sydney will help attract Asian high net worth travelers to Sydney, in particular from China, creating economic growth, extra taxes and over 1,200 jobs for the people of New South Wales.”

Packer is well aware of the competition he will be facing once the casinos are completed and commence operations. Since Chinese gambling laws prohibit gambling, gambler often flock to the special region in the South. Macau is currently recording revenues more than six times than what Las Vegas is making, and it’s all thanks to Chinese high-rollers.

Additionally, Vietnam, Singapore and Philippines have also noticed the vast opportunities associated with having casinos. They are all in the process of bringing in multi-national gaming firms to their countries and setting up gambling and resort facilities.