Australia Reinvents Itself as the New Hotspot for Casinos 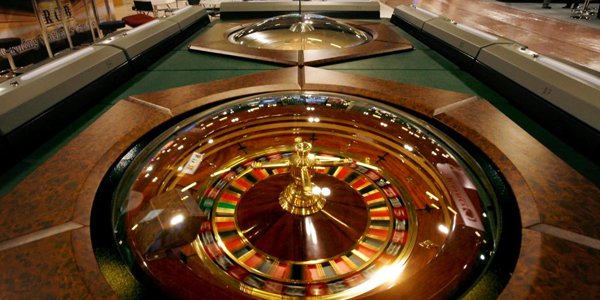 Now that the mining industry has slowed down, Australian authorities are looking for new opportunities to create jobs and boost tourism.

The Land Down Under is slowly becoming the latest hotspot for gambling companies, who are hoping to attract Asian high rollers to their new casinos. In a few years, Australia will be offering much more than pristine beaches and well-known tourist destinations; it will be home to some of the largest and most luxurious gambling venues in the world.

Major investors have their eyes set on Australia for their latest projects. Despite concerns over potential environmental and social impacts, officials in Queensland and New South Wales are playing along, hoping that it will all pay off in the long run.

New casinos mean thousands of new jobs and new sources of revenue, and many argue that these alone make it worth the risk.

There are several projects to expand the local gambling market. These plans are various stages, and some of them are still uncertain. Authorities don’t approve new casino projects very easily, as they need to make sure that operators comply with the current Australian gambling laws before giving them the green light.

Already popular among tourists, Queensland is Australian mogul James Packer and Hong Kong billionaire Tony Fung’s main focus. It’s a well-known fact that Asians are fond of gambling, and they often spend a lot of money in luxury casino resorts, especially in Macau. So targeting Asian high-rollers is bound to pay off for both gambling operators and local authorities.

“For governments, rightly or wrongly, these integrated resorts are an attractive proposition because they create employment opportunities and tax dollars, which they can then put back into the community,” says David Wiadrowski, head of Australian Entertainment and Media at PriceWaterhouseCoopers.

The plan might sound good, but there is one more thing to be taken into consideration: is there enough demand to make these businesses profitable? Wiadrowski says getting resorts to be swarming with customers all the time is “a high-risk strategy,” especially since Australia already has more than a dozen casinos. Of course, none of them compare to Packer’s new plans.

New projects on the way

The number of casino and Australian poker rooms is expected to grow in the next few years. Earlier in May, authorities decided to give Fung the gaming license he was after. But before finalizing his AUD$8.15 billion Aquis resort near Cairns, the billionaire has to obtain all the necessary environmental, planning and gambling approvals.

Rumor has it this will be the largest amount of money anyone has ever invested in tourism infrastructure in Australia, so it’s pretty obvious why local authorities don’t want to pass on the opportunity, despite all the controversy surrounding the project.

The resort will include no less than eight hotels, an exhibition centre, entertainment outlets, a championship golf course, as well as one of the biggest aquariums in the world. If everything goes according to the developer’s plans, it will open in 2018, employing 20,000 people and generating AUD$1.4 billion for Queensland.

In addition, the Chinese-Australian investment group ASF Consortium was given a license for its AUD$7.5 billion project called Broadwater Marine, which will be located on the Gold Coast. Echo Entertainment, the company behind Brisbane’s only casino, Packer’s Crown Entertainment and a Hong Kong consortium have all placed their bids for the right to build a resort in the capital of Queensland.

Packer already runs a successful business in Australia, but his ambitions don’t stop here. He wants to add a six-star hotel and luxury casino complex to his casino kingdom. The resort is scheduled to open in 2019, and will be positioned in a prime location, on Sydney Harbor.

“We believe that Crown Sydney will help attract Asian high net worth travelers to Sydney, in particular from China, creating economic growth, extra taxes and over 1,200 jobs for the people of New South Wales,” Packer told reporters.

He’ll be facing some serious competition from the former Portuguese colony of Macau, currently the largest gambling hub in the world. With Packer’s plans and other projects on the way, Australia is trying to be one step ahead of Singapore, the Philippines and Vietnam. These countries also planning to build several mega-resorts, all of them targeted at Asian players. Both Packer and Fung are after high-rollers.

“Facilities of the like of Aquis Resort at The Great Barrier Reef don’t only attract the Chinese mass-market middle-class, but also the big-spending, high-value, ever-expanding Chinese upper-class,” Fung explained last year.

Chinese tourists and gamblers are already among the biggest spenders, with Tourism Australia targeting 1.4 million annual visitors, generating up to AUD$8.2 billion every year. Considering that the market is booming, it seems like now is the perfect time to take advantage of it.