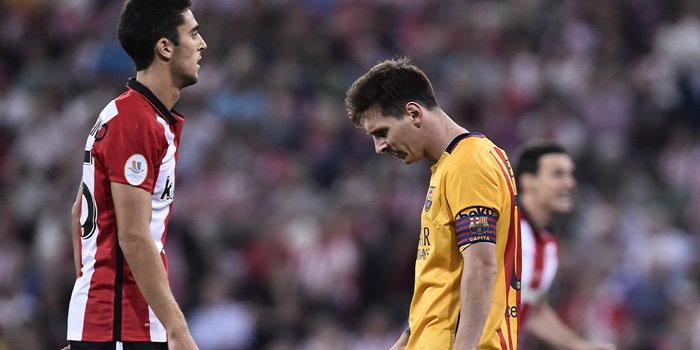 GamingZion assess the odds before the second leg of the Barcelona vs Athletic Bilbao Spanish Super Cup final.

Barcelona suffered their heaviest defeat with Luis Enrique at the helm on Friday. Athletic Bilbao stunned many of those, who bet on sports in the EU with their 4-0 win. That was the first leg of the Spanish Super Cup final, meaning that it is far from over. Or isn’t it? Any team would be considered dead and buried after a 4-0 defeat. However, Barcelona is maybe the only team in the world today, who still have a shot in the second leg with a four-goal deficit.

Barca to come back against Bilbao?

With Neymar still out due to mumps, Pedro expected to retain his place alongside Lionel Messi and Luis Suarez in the forward line. This might hurt Barcelona’s odds on paper, after seeing what the “MSN” forward line did to Spain and to Europe last season. However, since Pedro might play his last game for Barcelona, he will be extremely motivated. Players betting at online sportsbooks in the EU might expect him to repeat his performance from Friday, being the best Barcelona forward on the pitch

Early and very intensive pressing is expected from the hosts. It would be surprising if the teams were on level after 45 minutes, available at 3.50 (5/2) on Bet365’s half time market. Barcelona scoring over 3.5 goals pays 2.25 (5/4). This also suggests that a comeback is far from unbelievable. However, looking at Bilbao’s crucial finishing from the first leg, Luis Enrique’s defence has to get themselves together. In the goal Claudio Bravo is expected to take Marc-Andre Ter Stegen’s place. Barca winning to nil at 1.91 (10/11) might be a useful option for those, who gamble online.