Martha’s Vineyard To Get An Indian Casino?

News >Martha’s Vineyard To Get An Indian Casino? 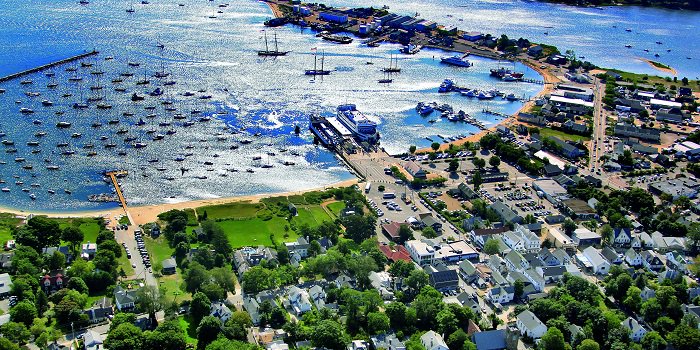 You know the land-based casino business in the north-east of the US is eating itself when even the summer playgrounds of the hyper-rich like Martha’s Vineyard start to be targeted, but do the plans of the Wampanoag tribe really qualify as a blight on the locality?

One need not be from the US to know that Martha’s Vineyard is a rich summer holiday area for the sort of Americans that believe they’re part of the upper classes, or wish they were. There are plenty of references throughout exported TV shows and movies for the rest of us to have got the message. It’s the sort of place Presidents go on holiday, where billionaires go to buy property that will impress other billionaires, a preserve of the 1% or those that aspire to be them.

The rich will do a lot to preserve their little corners of peace away from all that noise and pollution caused by poor people consuming their goods and making them money. Martha’s Vineyard perhaps now the archetype for those snotty entitled Nimby (not in my back yard) attitudes as it’s wealthy property owners, who influx each summer for a couple of weeks, battle to have plans for a casino in the area quashed.

The Wampanoag Tribe of Native Americans says the addition of gambling to the Martha’s Vineyard area would generate some $4.5 million for the tribe each year, perhaps providing the small community that is in residence all the time some of the wealth that they see arrive to spend the summer vacation. Of course I won’t be gambling news of opposition from the rich to this plan has resulted in a federal lawsuit will surprise you. That’s just par for the rich.

The state and town of Aquinnah, home to around 300 Wampanoag, has argued in court that the tribe has no right to build the casino, which given it’s their land is unlikely, but with so much wealth ranged against the tribe there’s every chance the rich will win out and the Wampanoag will be denied the chance to make a little more money from the tourists that increase Martha’s Vineyard’s population six fold each summer.

There’s no one who likes to bet on sports in the US that would wager otherwise even if Bet365 offered great odds. The rich are a law unto themselves and however long it takes and how much money they need to throw at the problem in the end they win out. Of course they claim a casino would despoil the landscape or the character of the area, but given their two-week-a-year invasion does much the same, that’s just more rich-person’s projection attempting to blame others for things of which they’re guilty.

If you want to get a handle on how rich, understand that Martha’s Vineyard is being visited by President Obama this summer, his security and staff swelling the population even more and making life fascinating for locals and other tourists alike. I say fascinating because there’s nothing like living amidst a security cordon so tight that comparisons with a gnat’s rectum wouldn’t do it justice. Obama has borrowed the house from investment banker David Schulte, one of the major opponents to the casino plan. That rich.

Of course one needs to be quite cynical to think that just because someone is friends with the President and a hugely rich investment banker that owns property in Martha’s Vineyard (property Schulte is currently trying to sell) they’ll automatically beat out the arguably legal desires of a tribe of Native Americans, but there’s every possibility the sheer small scale of what is planned will play rather better in court than the overpriced lawyers for Aquinnah.

This is where his contributor chummie treats the President. Good luck Wampanoags..

US gambling laws are different on Native American lands, naturally, but it isn’t as if the Wampanoag want to erect a Las Vegas style resort in the picturesque Martha’s Vineyard, all they want to do is be allowed to place bingo machines in their community center. Of course this is being treated as the thin end of the wedge by the legal eagles, but they get paid to spin things that way and the sheer ho-hum reality might sway a federal bench.

Whatever the result of this case, you can expect the battle over gambling in Martha’s Vineyard to run and run, with neither side likely to give up. The rich always feel they’re in the right, equating money with justification and the Wampanoag Tribe is unlikely to walk away from the opportunity to generate easy revenues on land they can fairly use as they wish. Just how far they’ll take it remains to be seen but after a while it might just be easier for Schulte and his cronies to buy the tribe off.