Bellagio Sportsbook Error Could Be Largest in Las Vegas History 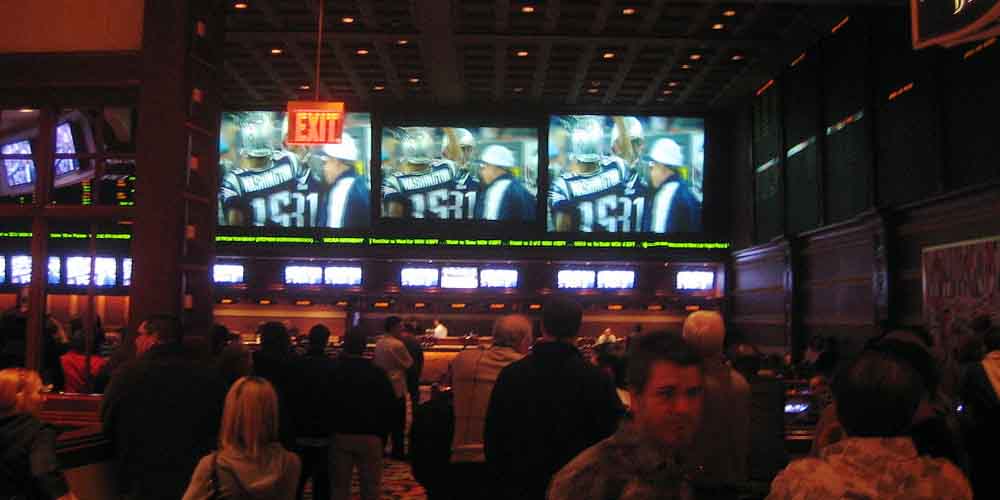 Sportsbook in the US during the NFL – Image source: Pburka / CC BY-SA via Wikimedia Commons

Last weekend, A Bellagio sportsbook error meant the casino may have suffered the biggest sportsbook loss in Las Vegas history. A few lucky Las Vegas bettors exploited a mistake by BetMGM and wagered on baseball games well after they had already started, taking advantage of an easy opportunity to win tens of thousands of dollars.

Up to 50 bets made on in-progress Chinese and Korean baseball games produced around a quarter-million dollars in winnings. A manual entry error meant BetMGM software posted incorrect start times, allowing bettors to place bets well after games started. Punters placed nearly all of the wagers on self-serve kiosks between 1:30 and 3 a.m.  The games in question, however, had already started at 1 and 2 a.m.

Errors relatively common, but on a smaller scale

OneTwitter handle posted an image of an eight-leg parlay involving five KBO games that all began at 1 a.m. The ticket, which netted $11,156.60, had a time stamp of 2:53:37 a.m. The Twitter user has not been identified but the ticket’s authenticity was corroborated by ESPN. Another punter put down a $250 10-leg parlay using a betting app, netting around $137,000. If you want to learn more, read about Best Casino Apps – Las Vegas in your pocket here. The head of BetMGM communications and public relations tweeted an internal image of the winning 10-leg parlay ticket Sunday morning.

Past-post errors are fairly common, occurring when sportsbook employees enter wrong start times for games, or simply input a typo. GVC, partnered with the Bellagio, mandates that employees manually enter start times in all sports each day. And dealing with bets on sports in foreign countries causes problems because of different time zones and days, with books relying on second and third parties to get information on game times. Given the high volume of betting options and potential for manual error,  mistakes such as the Bellagio sportsbook error happen a few times annually at most sportsbooks. But typically on a much smaller scale.

Rarely publicized, they are often resolved directly with the consumer. A common approach is to give the bettor two options. They can accept a refund for the ticket(s) and be allowed to continue as a patron, or they receive the full winnings but are permanently banned from the sportsbook. Since the error usually represents a relatively small amount, the bettor often returns the wager and continues business. Anytime there is a dispute in excess of $500, by law the state’s books must contact the Nevada Gaming Control Board (GCB), which conducts an investigation and makes a ruling the books must abide by. And when the GCB becomes involved, most often it sides with the bettors.

In 2018, for example, a mistake by FanDuel sportsbook in New Jersey led to a payout of $164,000. The book agreed to pay a New Jersey bettor his full $82,000 payout on a disputed $110 live wager at 750-1 odds placed on the Broncos to beat the Raiders as Denver moved into position for a winning 36-yard field goal with six seconds left. FanDuel initially refused to pay the wager, claiming a computer glitch had caused the long odds. But after meeting with state gaming regulators, the book paid in full 12 bettors who placed 750-1 wagers. Feeling lucky? Check out online sportsbooks in the USA such as Bovada for bets on the baseball season and other sports leagues.