Bet On Ronnie O’Sullivan To Win The 2017 UK Championships 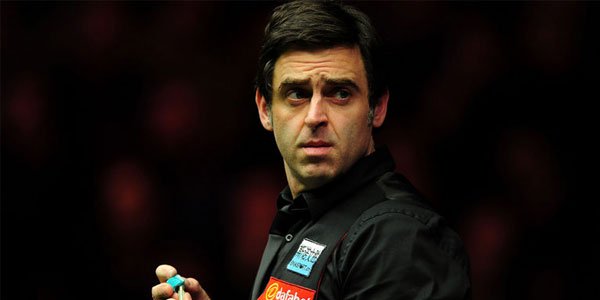 Mark Selby’s victory last year will have whetted his appetite and you can pretty much bet on Ronnie O’Sullivan to win the 2017 UK Championships this November by dint of karmic whiplash if nothing else. Whilst the reigning champ is ahead in the odds there will be no other player with as much hunger for the victory than the lad from Wordsley and that makes him a great wager when the cream of snooker battle it out at the Barbican Center in York, and you can find all the odds at Bet365.

In pursuit of full disclosure it should be made abundantly clear from the start I have issues with snooker. These stem not from the silly waistcoats or the monotone commentary, the skill and tactics of the game more than make up for those, no my problem is entirely centered around the completely outlandish scale of the table. At nearly twelve feet long by six feet wide, 3.56m by 1.77m, whilst I can bet on Ronnie O’Sullivan to win the 2017 UK Championship I can’t myself play the damn game.

Why not? Because I’m too short. There are far too many shots that would require a stretch my stumpy little form couldn’t manage without resorting extensive plastic surgery, or, as I often must, to the rest, and that’s okay, but the frequency I need it makes me feel like a basketball player stopping play and asking for a ladder for his next shot. It’s as embarrassing as not taking advantage of UK gambling laws to put a bet on Ronnie O’Sullivan to win the 2017 UK Championships whilst his odds remain generous.

The final last year was a tense affair that saw Selby finally victorious by ten frames to seven and featured five century breaks in the last six frames. This is some indication of just how much O’Sullivan likes this tournament having become it’s youngest ever winner at just 17, back in 1993, and winning it another four times since then. His pursuit of a sixth title has been obvious so you can expect him to be supra-focused on winning and with the bookies like Bet365 giving him attractive odds, what’s stopping you?

Mark Selby holds odds of 7/2 to get the UK Championship win this year (photo: worldsnooker.com)

Bet365 will give you 5/1for a bet on Ronnie O’Sullivan to win the 2017 UK Championship and that’s a really good wager, despite the fact that Selby gets a slightly shorter 7/2 to carry off the trophy this year, perhaps the only difference is Ronnie is good each way, and at those odds Selby probably isn’t. Naturally those that like to bet on sports in the UK may wish to plump for some of the other players, Judd Trump who has won before is back at 6/1 for example, just ahead of Ding Junhui at a nice 8/1.

• Find 5/1 odds for your bet on Ronnie O’Sullivan to win the 2017 UK championship at Bet365 right now.
• Do the 7/2 odds he’s garnering mean Mark Selby can defend his title this November in York?
• Should you back Judd Trump to beat his 6/1 odds and take the title at the end of the tournament?

Of course if one insists on echewing the somewhat romantic nature of a bet on Ronnie O’Sullivan to win the 2017 UK Championship there’s always the 10/1 shots at Bet365 in the shape of John Higgins and Neil Robertson, and beyond that there is a plethora of interesting potential wagers with Marco Fu at 20/1, Stuart Bingham at 25/1 and Mark Allen at 33/1 all with more chance than it might at first appear, although I’d not necessarily back Robin Hull at 500/1, y’know, unless you’re related to him.

It might be playing into a narrative of dramatic reversal that doesn’t actually happen all that often in sports, however a bet on Ronnie O’Sullivan to win the 2017 UK Championship is one of those wagers that will not only enthrall you in this fabulous competition but also allows you to back one of the most down to earth successful sportsmen around, and whilst his victory will almost certainly give the UK gambling news headline writers plenty of fodder you should make sure it boosts your bankroll too.