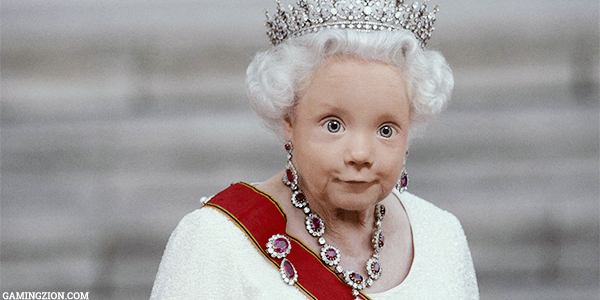 With the Duke and Duchess of Cambridge announcing she’s pregnant with their third child and the nipper is due in April next year the bookies braced themselves for another bout of mass novelty wager placing at a bet on the royal baby’s name is the season’s must have gamble. BetVictor has all the odds on the names with a hope, but just what do you think these fashionable young royals will go for this time round? We take a look at the choices being touted.

The French had the right idea when it came to royalty. Behead them, keep their homes on as tourist attractions and remember a few things they said that portray them as vain, stupid and unfeeling. Unfortunately the sense of this approach is not accepted by the British who are fiercely proud of their German robber-barons and will in huge numbers head to online bookies like BetVictor to bet on the royal baby’s name in celebration of a monarchy now so anachronistic even they don’t want to take part.

Prince Harry revealed none of the current crop of young royals really wants the top job, although one does have to wonder if he doesn’t protest a little too much, especially given he’ll be pushed even further back in the line of succession with the birth of the next niece or nephew. The tradition of putting a bet on the royal baby’s name goes back many years and if you’re tired of putting that ho-hum bet on sports in the UK, this is as good a break from the norm as any other. It may even make you a few bob.

Who Will Join George And Charlotte Next April?

With George and Charlotte already in the brood you can, of course, wager on the gender of the next child, although with only two choices you’ll be unsurprised to find BetVictor offering 10/11 on either boy or girl (shapeshifting lizard overlord isn’t listed, unfortunately, sorry conspiracy theorists everywhere) but it’ll be a bet on the royal baby’s name that attracts the most novelty wager regulars and it’s currently Victoria that’s leading the pack at 8/1, although if it’s a boy Phillip is the 12/1 favorite.

These both have connotations in the family and a bet on the royal baby’s name should take account of that as Phillip is due to pop his clogs any time now and Victoria is said to be much favored by the Queen. Indeed Elizabeth garners 16/1 but is likely to just confuse the grovelling journalists who cover the palace, none of them as bright as they think, and James gets the same despite being far more likely, and frankly a far better wager if you’re going to take advantage of the liberal UK gambling laws.

Bet On The Royal Baby’s Name At BetVictor

Bet On The Royal Baby’s Name

A bet on the royal baby’s name will get you 20/1 odds if you go for Albert or Grace, neither of which seem terribly likely, and Charles only gets 25/1 which is probably no slur on daddy, and Alfred might have been great once upon a time, but now gets a paltry 50/1 to be the name that gets announced on the board outside Buckingham Palace in April next year, matching Isabella which is a pretty name just as unlikely to be chosen as Eleanor, Helen, Francis or David. Even Florence gets better at at 33/1 chance.

The bookies are pretty good at judging these things and you can expect the odds to shift as the tabloids speculate away and mine their sources in and around the royal court. From the outside a bet on the royal baby’s name can seem a bit too silly even for those used to betting on Big Brother or The Eurovision Song Contest, but only those in UK gambling news coverage will be outrageously over the top are likely to guarantee themselves a win, and that air of arbitrary uncertainty is what flavors it.