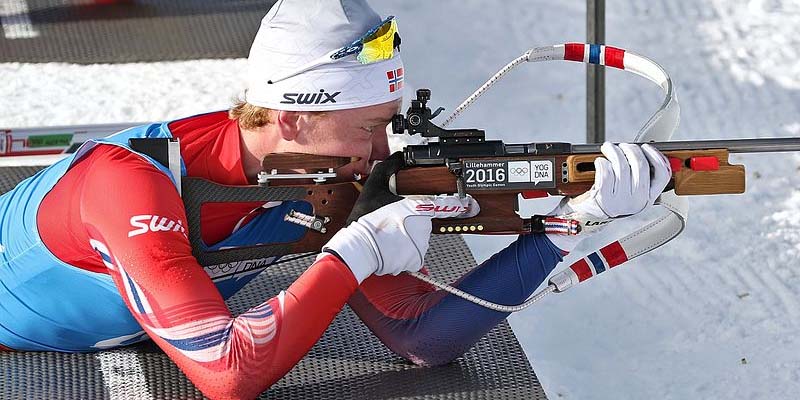 Norway’s dominance is overwhelming in biathlon, its teams are the reigning champion in both the men’s and women’s relay. In the Biathlon Relay World Cup bets they are the favorites for the next season as well, but the teams of Germany, France and Russia will also fight for the victory.

Biathlon relay teams consist of four biathletes, who each ski 7.5 km (men) or 6 km (women). Each leg skied over three laps, with two shooting rounds; one prone, one standing. There will be six races in the season, the first on the 7th of December in Ostersund, Sweden. Norway has the strongest teams, with World Cup champion Johannes Bo in the men’s team and Marte Roiseland in the women’s one. She finished fourth in the overall standing last season.

The Norwegian men’s relay team won three out of the five races last season, finishing with 270 points on top. Russia was second with 236 points, while the German team came third, only three points behind the Russians. In the Biathlon Relay World Cup bets, bookmakers are predicting the same teams fighting for the title. France appears as a fourth candidate.

To defeat Norway will be a very tough task, they have such dominance in the sport. They have won the men’s relay 12 times so far since 1994, the first relay world cup. Russia comes after them in the overall list with 6 wins, while Germany has won the World Cup five times. Online sportsbooks in Norway are offering 2.35 odds for their team’s win. A German win has 4.24 odds while a Russian one 5.00.

But the biggest challenger of the Norwegian team is probably France. Even though the French relay team has only won the World Cup once, in the season of 2011-2012. But in recent years they were on the podium or close to it.  Last season they finished fourth, with just a few points needed for the third place. And of course, the French team has a world-class biathlete in the person of Martin Fourcade, who has won the individual overall World Cup seven times. He is also a five-time Olympic champion and an eleven-time World Champion, we don’t really need to say more about him. He was struggling last season, but if he finds his form again, he can definitely lead his team to victory. The French win has 4.00 odds at 1xBet.

Teams in the women’s relay are a bit closer to each other, so fans can expect a more thrilling race. Germany is the most successful country with 11 wins, after comes Russia with 7 wins while Norway has ‘only’ 4 wins so far. As the reigning champion, they are of course one of the top favorites with 3.50 odds, but the German and French teams are considered equal powers with the same odds for the final win. The German team will be led by Denise Herrmann who is taking the role of retiring Laura Dahlmeier who was one of the most successful German biathletes. The French team has reliable racers who all finished in the top 30 in the overall race.

Experts of the sport are probably wondering where is the Italian team, which gave the winner and runner-up biathletes in the individual women’s race last season. Well, they are also mentioned by online gambling sites in Norway as possible winners, but their odds are only 9.00. Though their team has improved a lot in the last few years, this season can be their best with reigning biathlon champion Dorothea Wierer and second-place Lisa Vittozzi in the team.

Sweden has its own star, Hanna Oberg who can also lead her team. They finished fourth last season, with two podium finishes, but they will need more if they want to become champions. They are still considered as one of the favorites, with 5.00 odds for their win at 1xBet. To know more about the bets and options, read our latest review about 1xBet sportsbook.

Click here to visit 1XBET to bet on biathlon