Black Panther Special Bets: Who Is Going To Be The Next T’Challa 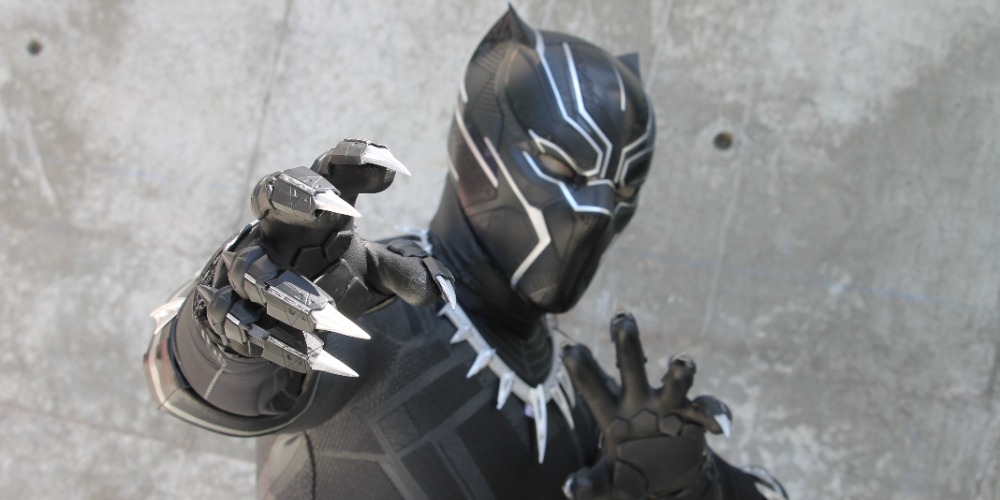 Black Panther is a fictional superhero in Marvel comic books. The character has appeared in different animated films and games, and in 2018 Marvel Studios released the movie adaptation. The sequel, Black Panther: Wakanda Forever, is set to premiere in 2022, and it is going to be the 30th movie in the Marvel Cinematic Universe. The film grew into a legend since its 2018 release, and that’s why the sudden death of the actor, Chadwick Boseman, who portrayed T’Challa, came as a terrible shock. Boseman left behind an incredible legacy, but producers want to explore the many other aspects of Wakanda and its characters. Since Boseman’s role as T’Challa wasn’t recast in the upcoming production, the question is: who is going to become the main character? Check out the Black Panther special bets below.

After the amazing reception of the first Black Panther movie, there was no question about continuing with the story. The line, Wakanda forever, became such a defining point of the film, it comes as no surprise that it appears in the sequel’s title. Fans everywhere use the iconic greeting, and children dress as Black Panther for Halloween. However, after Boseman’s life came to a tragic end in 2020, the plot ideas had to change drastically. There were rumors of the return of T’Challa, but Nate Moore, the MCU’s VP of Production & Development, said: “ … you will not see T’Challa in the MCU. (…) We have to figure out how to move this franchise on without that character because I think we all feel so much of T’Challa in the MCU on the screen … is tied to Chadwick’s performance.” There is no doubt Black Panther couldn’t have become the hero without Boseman.

Even though Chadwick’s death left an aching void in many lives, the franchise will honor his memory with the upcoming movie(s). He and T’challa became one forever. A new actor as Black Panther would have given rise to displeasure, for sure. However, returning to Wakanda will bring relief and a sense of comfort because Boseman’s legacy will live on in his movies. Still, who will step into the leading role of Black Panther: Wakanda Forever? You can place special bets on the characters at 22Bet Sportsbook and learn what online gambling sites in the US say about the odds. Will the sequel follow in the footsteps of its predecessor and win academy awards again? Let’s find out what we know already about Wakanda Forever.

The Plot – Black Panther Special Bets Are On

In the first movie, we get to know the technically advanced hidden nation of the African Wakanda and its noble king and protector, T’Challa. The movie centers around strong black characters, whose impact left a remarkable mark on film history and the audience. Let’s hope the sequel can live up to the high expectations, even without T’Challa. So far we know, that the release date will be on November 11, 2022. Some characters will return, like T’Challa’s genius sister Shuri. We will see Nakia, who previously appeared as the love interest of the king, and Ramonda T’Challa’s mother again.

Although no official trailer has been released yet and Marvel Studios hasn’t given specific information about the plot, rumors, and speculations spread among fans. The most popular idea involves Atlantis, the lost city. The idea has some merit since it is also a hidden civilization and possesses advanced tools and knowledge. And of course, the big question everyone wants to know is: Who will be the next black panther? Check out the Black Panther special bets at 22Bet.

Marvel Comics is the foundation of the Marvel Cinematic Universe. The company, published superhero comic books since 1939. One of the previous writers, Stan Lee, appeared in many marvel movies before his death in 2018. Marvel Cinematic Universe debuted with Iron Man in 2008. Ever since then, the company keeps delivering more and more superhero movies. The MCU keeps breaking records with every new film. The success of the franchise defies imagination.  The characters appear in casinos, video games, TV series, and even on beddings, clothes, stationery items, etc.

The biggest franchise in the world is based on the characters of Marvel Comics. The MCU coordinates the movies so plots and different superheroes can cross paths, and everything matches. The greatest crossover film of the series, so far, is the Avengers. Thor, Captain America, Black Widow, Iron-Man, all have their own movies. Marvel is always testing its limits, but the biggest hit was Avengers Endgame. It lined up every superhero MCU has ever created and made history with it. The Marvel Universe is currently at its 30th movie release, with Black Panther: Wakanda Forever. Black Widow debuted in 2021, and Spider-Man: No Way Home is set to premiere on December 17, 2021. Other than Black Panther special bets, many more Marvel-related wagers are available at 22Bet.

You can discover more about 22Bet Sportsbook here