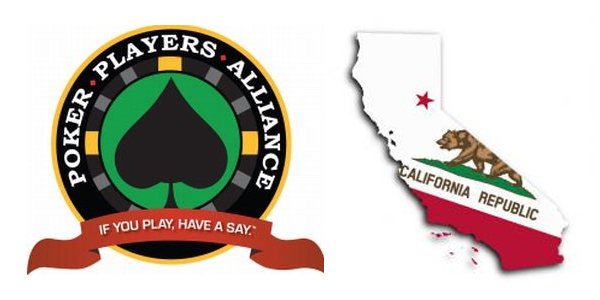 Last week American gambling news were full of reports on both pieces of proposed legislation to allow online poker in California being shelved. Two separate bills from Assemblyman Reginald Jones-Sawyer and by State Senator Lou Correa were removed from consideration because of shortage of time to gain approval before this year’s legislative session end.

This means that legal online poker sites in the United States will have to wait for next legislative session to be considered for approval in the largest-populated US state. Senator Correa will not be returning due to his term ending, Assemblyman Jones-Sawyer is said to be introducing a brand new bill for the winter session.

Key factors in favor of online poker in California

• Bills to change American gambling laws in California have been withdrawn

One of the main points proponents of poker legalization in the state focuses on the “bad actor” clause, which bans those online American poker rooms which accepted real money from Californian residents after 2006 from entering a new regulated market should it be allowed.

The Assembly Bill 2291 and Senate Bill 1366 featured language that made it impossible for such site (the biggest example being PokerStars) from offering their services to California residents in the future once a regulated market is established in the state.

However, there’s a tiny door PokerStars can still squeeze through: it’s yet unclear whether a revision will be made in the new bill after Amaya Gaming purchased PokerStars for $4.9 billion making it a brand new legal entity.

Reaction from the industry

The news that both bills were pulled, didn’t discourage the alliance between PokerStars, LA card rooms, and Morongo tribal group from pursuing legalization of online poker in California. The alliance has issued a statement confirming their commitment to carry on with the plans of establishing a legal and regulated online poker in the Golden State.

Morongo tribal chairman, Robert Martin, had the following comments: “We have been working on this issue for five years now and while we were optimistic that a suitable bill would move forward in 2014, we’re in this for the long haul and we’d rather do it right than have a bad bill.”

He went on to add: “Clearly the issues surrounding the latest bills that sought to unconstitutionally limit competition, place prohibitions on race tracks, and rewrite longstanding, successful state policy regarding California’s oversight of gaming proved insurmountable for this session.”

Martin also noted: “We will continue to work with our partners, legislators, state regulators and other California tribes on developing future iPoker legislation that meets constitutional tests and provides much needed consumer protections to California’s two million online poker players.”

The three card rooms in the alliance are Hawaiian Gardens, Commerce, and the Bike. Their spokesman, Keith Sharp, stressed how important it was to create an intrastate market for increased consumer protection. He also noted that the card rooms are still committed to the cause and will carry on supporting the efforts during the next legislative session.

Guy Templer, director of PokerStars-Rational Group, was quoted in the news: “PokerStars has a great history with regulators and governments all over the world, and we look forward to working with lawmakers and regulators in California to help structure a market that provides robust competition and strong regulatory oversight.”

He added: “We look forward to bringing our best practices in responsible gaming, online security, e-commerce, protection of players’ funds and game integrity to any new California market.”

Another coalition in favor of online poker in California is made up by Pechanga and San Manuel tribe. However, they were supporting the cause with the condition of the above-mentioned “bad actor” clause excluding PokerStars from the would-be-legal Californian market.

There has been no official word from this coalition on the withdrawal of the Jones-Sawyer and Correa bills. Moreover, the coalition is yet to come up with their own proposal to the legislature on the legalization of internet poker in the state.

There’s not much to do now for poker enthusiasts in the Golden State than wait until the winter legislative session and hope that this time around the lawmakers will do the right thing and finally allow online poker games in the state.

Legal and regulated market will not only mean possibilities to play poker online for ordinary gamers, but a sizeable hike in gambling tax for the state coffers, not to mention prospect creation of new jobs in the state, since the technical side of the poker sites will most probably have to be hosted within California.