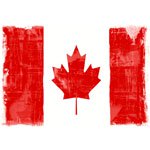 A recent article posted in the Vancouver Sun reported that 2009, Canadians spent nearly $14 billion on officially-likened, government-run, fully-legal gambling operations. This number is up over last year. But the article also reported that despite this increase in spending, the GDP from the country’s gambling industry has been declining in recent years. These figures, however, do not consider unlicensed gambling expenditure. By adding the money players spent at foreign-based online casinos, money that essentially disappears from the Canadian economy, the picture looks even bleaker.

Recent moves by Ontario and British Columbia to offer online gambling sites in Canada will probably boost these numbers in the future. Officials expect to gain hundreds of millions in additional gambling revenue from legal online operations. Critics, however, think it these numbers are not realistic, insisting that government-run internet gambling sites simply cannot compete with foreign-based sites.

There are hundreds of internet sites operating out of other countries that offer internet gambling in Canada. When players gamble at these sites, the Canadian government does not get a penny in tax revenue. No Canadian jobs are created. The overall economic effect is negative, as money leaves the country and doesn’t come back.

Offering an official alternative to these foreign-based gambling sites is good in theory, since it keeps the economic effects of the industry within the Canadian economy, but it is hardly enough to offset the negative effects of gambling at foreign websites. Perhaps a better solution would be for Canada to liberalize its gambling industry, both online and offline, still regulating and taxing the system but allowing more operators to offer services. At the end of the day, counting on a huge tax income boost from government-run online gambling sites is as bit of a gamble itself.