After their last meeting, the leaders of the sixteen German states postponed their decision on the country’s new gambling regulations until October 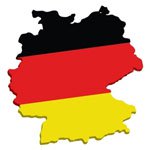 Sixteen German states postponed a decision on new German gambling laws till October. This information comes from the prime minister of Rhineland-Palatinate, Kurt Beck. The leaders of the states moved the July date further on following the latest meeting of the sixteen states involved. The later date should allow the states enough time to create a completely new joint lottery.

Kurt Beck had the following to say to Germany gambling news: “We want all 16 on board and there are a number of technical issues to iron out but we’re making good progress toward finalizing a new contract in October.”

The changes to German gambling legislation were in the works ever since the EU’s top court ruling last year. The court stated that German betting monopoly, allowing only state-owned operators to provide sports betting odds, was in clear violation of European laws.

Nevertheless, the online betting ban remained in place on June 1 following the German Administrative Court ruling. The court found the current regulations to be in compliance with both constitutional and European Union law. Currently the 16 states are waiting for a review of the proposals they submitted. There was no official comment from Beck on the court’s June 1 ruling.

In the meantime online gaming operator, Betfair, which among others runs the Betfair Sportsbook, carried out its own research and came up with a suggestion that the EU Court of Justice will reject the German proposals. These proposals don’t comply with EU rules on free e-commerce.

Betfair’s spokesperson had the following to say: “We are hopeful that the prime ministers use the remaining time available to them to agree on a legally watertight treaty that provides reputable private companies a fair market opportunity and protects German consumers against an uncontrolled black market.”