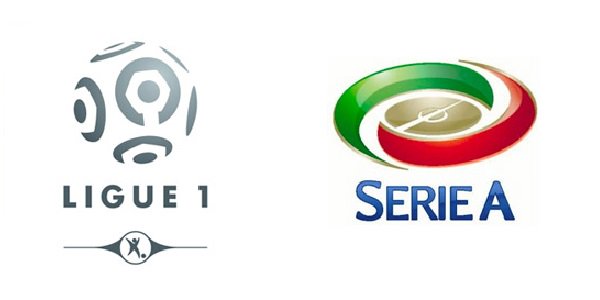 Don’t miss the Saturday football games in the French top division and the Italian league which both promise to deliver great action.

The French Ligue 1 is not always viewed as the top football competition in Europe, as it lacks a certain degree of competitiveness especially since foreign money has made its way into the league. When it comes to the Italian Serie A they face quite the opposite problem; there is not enough investment coming into the league to keep it strong and remain on the same level as other dominant competitions across the continent.

In spite of this there are still plenty of amazing encounters to observe throughout the season in both of the respective leagues. For tonight’s games the Italian top flight has 2 matches are on the agenda, while Ligue 1 will showcase a total of 5 games, according to French gambling news.

Italian sides aiming to go all out tonight

Palermo is facing uncertainty in 11th place with an overall of 18 points on the table. They have a home record of 3 wins, 3 draws and 1 loss, which isn’t that great considering that they should be more comfortable to play on home turf and therefore have more wins. They will next face Sassuolo who are only one place ahead of them on the chart and currently boast 19 points. Their away record is not convincing as they only managed to record 2 wins out of 7 away games.

• Lazio favorites 1.57 (5/9) against Sassuolo
• Montpellier looking to win against Lens
• Rennes vs Bastia game may result in a draw

Punters will obviously look upon this match as an uncertain event that will most probably end in a tie. However, with these sort of teams the result can also go in either way with only a single goal difference between the two. Unibet Sportsbook has assigned odds of 3.45 (49/20) for a draw, while the hosts Palermo maintain favorite odds of 2.00 (9/10). The visitors on the other hand have been dealt underdog chances 3.85 (13/4).

The other match that will be played tonight is between Lazio and Atalanta. The last time that the club from Rome (Lazio) won the league was in 2000 as they boasted several prominent players that included the popular Alessandro Nesta among their ranks. However, things now are quite different and they sit in 6th place in Serie A with 23 points. They have a decent home record of 4 wins, but they have also blundered on two occasions which resulted in losses.

Online sportsbooks in Italy are vying them for the win against the inexperienced side Sassuolo. According to Unibet the odds for Lazio sealing a win stand at 1.57 (5/9), whereas a draw seems unlikely 3.85 (14/5). This should be an easy win for the Roman side taking into consideration that they managed to capture 4 wins do far at their home ground.

Rennes travels to Corsica where they will play a match against Bastia. The visiting team is currently in 6th position with 28 points. Their record while on the road stands at 3 wins, 3 draws and 3 losses, stats that aren’t all that great as they’re going up against Bastia, who is in the relegation zone and has 2 wins, 4 draws and 3 losses at home.

Unibet has outlined Rennes as the favored team for this game 2.55 (31/20), although Bastia is not too far behind in terms of their chances for the match 2.90 (19/10). The hosts will struggle to put on a solid performance as they are under a great deal of pressure being in the relegation zone. Perhaps the best choice to play on this game would be to place a bet on a draw, which stands at 3.05 (41/20).

French gambling laws, Unibet provides punters with betting services and for this encounter they have earmarked Montpellier as the obvious favorites 1.75 (3/4). Lens does not have the squad at their disposal to make a difference in the game 5.00 (4/1), which will most likely result in a win for the hosts. Unibet also offers odds of 3.45 (49/20) for a draw, however this scenario will probably not pan out.