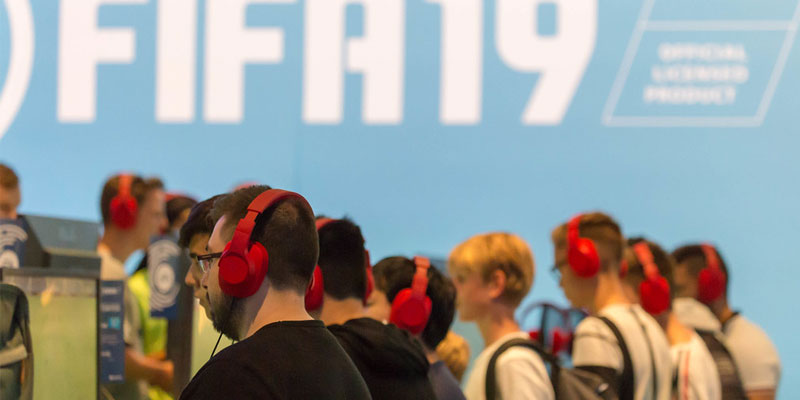 The eagerly anticipated FIFA eWorld Cup is set to take place between August 2-4 at The O2 London. The world’s best players including Tekkz, MsDossary, Nicolas99fc, and Maestro will vie for the title. We recommend choosing MsDossary to win back-to-back world titles at Fifa eWorld Cup 2019 betting odds.

FIFA 2019 season has reached its climax, with 32 world’s leading players securing a place in the Grand Final. They will compete for $250,000 cash prize and an exclusive trip to The Best FIFA World Awards. According to online sportsbooks in Argentina, the top contenders vying to emerge victorious are Tekkz, MsDossary, Nicolas99fc, and Maestro.

Our predictions go for the most recent champion MsDossary to retain his title. He is a safe bet and has a great value at Fifa eWorld Cup 2019 betting odds. Thus, if you wish to make a profitable wager check our review about Unibet Sportsbook, and choose MsDossary among your predictions. Without further due, here is our analysis on the four top title contenders.

Mosaad “Msdossary” Aldossary is the most recent champion of Saudi Arabia. He made a massive statement at The O2 in London, with a 4-0 aggregate win over ‘Pinna97’ in the 2018 Fifa eWorld Cup final. Subsequently, he carried the momentum into FIFA 19, claiming two FUT Champions Cup titles and finishing as Xbox’s second seed behind Tekkz. So, will the Saudi Arabian become the first player to win back-to-back world titles? We think he can do that, with a value of 10.00 at Fifa eWorld Cup 2019 betting odds.

Tasting global glory in London is something that Maestro is already accustomed to. The Frenchman has bounced back from a harsh loss at FIFA eClub World Cup to win FIFA eNations Cup with ‘DaXe’ in April. Following the victory, France became the best nation team competing on EA Sports FIFA 19. It is unclear how far Maestro will be able to progress at FIFA eWorld Cup. However, his odds stand at 9.00 to become the champion.

Nicolas99fc the PlayStation No. 1 player

The PlayStation No. 1 ‘Nicolas99fc’ is going into the Grand Final as one of the pre-tournament favourites with 4.00. Online sportsbook news in Argentina  draw confidence in Nicolas99fc for his ability to show the best talent in London. At FIFA eNations Cup he was about to claim the title, only to lose against Maestro in the final. Nicolas99fc is top contender and a very dangerous player with great ability to knock out any opponent.

Tekkz currently the Xbox No. 1

The teenage sensation ‘Tekkz’ has been enjoying a great success so far. He won seven titles this season including three FUT Champions Cups, the FIFA eClub World Cup, and the ePremier League. He is currently the Xbox No. 1 player. However, Tekkz never won FIFA eWorld Cup before. Last year, he faced an early exit in the Amsterdam Playoffs.

With a harsh memory of missing out the tournament last season, Tekkz looks forward to win the title with 3.00 odds at Unibet Sportsbook. Should Tekkz square off against MsDossary in the final, Fifa fans will all be on their feet.