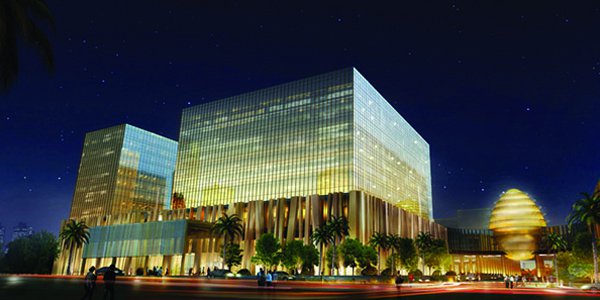 The Philippines is about to challenge the big boys of Macau and Las Vegas as the new gambling destinations on the global map. Philippine gambling laws have allowed Melco Crown to start construction of their gambling mecca dubbed Entertainment City.

The second integrated resort, City of Dreams Manila, to follow Solaire Resort and Casino, will be unveiled on a 120 hectare cluster on Manila Bay by the end of the year. The main target of the new resorts will be foreign gamblers, but the big question “Will they Actually Come” still remains unanswered.

Other gambling options in the Philippines

• City of Dreams Manila will join Solaire Resort and Casino

• Entertainment City is expected to host 5 integrated resorts in total

Philippine Amusement and Gaming Corporation or simply PAGCOR has held a monopoly over land-based and online casinos in the Philippines until now. Both of Melco Crown resort will be light years ahead of what the country has to offer in terms of gambling now.

Solaire Resort and Casino has been designed by Paul Steelman and has an estimate cost of $1.2 billion. It can definitely be compared to some of the best casino resorts in both Macau and Las Vegas. Solaire has 500 luxurious rooms, but they will definitely not be enough to fill over 300 tables and 1,200 machines located in the resort, so some local gamblers will also be needed.

When the resort was opened last March, it was merely a casino hotel, not the integrated resort in full understanding of the term. It has been standing alone in the Entertainment City complex, but will now be joined by the City of Dreams Manila. The complex as a whole will include office towers, residential buildings, a marina and another three integrated resorts, when completed obviously.

Solaire’s start was rather a disappointed one, but that can be explained by the above-mentioned factors. Following the slow opening, the resort’s management has been changed. Enrique Razon Jr., Solaire’s owner, has fired Global Gaming Asset Management, created by Las Vegas Sands LVS president and chief operating officer William Weidner. Philippine billionaire said the exec didn’t carry out enough hands-on management of the property. He has been replaced by Thomas Arasi, the former Marina Bay Sands CEO, and Solaire started to get on track.

According to Philippine gambling news, Solaire’s Manila-listed parent company, Bloomberry Resorts, has reported net revenues of about $20 million in the second quarter of this year. The growth was attributed to a strong increase in foreign VIP players.

The gaming revenue has also risen 56 percent to $118.3 million, while EBITDA enjoyed four-fold growth to $103.5 million. The upcoming Q3 results should reveal even stronger figures, considering that junket operations “are still very much in a ramp-up mode,” according to Bloomberry director of investor relations, Leo Venezuela.

Solaire is also growing: November will see Phase 1-A opening, this extension will include 312 more hotel suites designed for premium players. There will also be high-class retail shops and a 1,700 seat theater. World-class spa will also be a very welcome addition, making Solaire a true integrated resort.

Solaire’s isolation in the Entertainment City will come to an end once the City of Dreams opens its doors at the end of this year. The $1.4 billion integrated resort will feature three hotels: Crown Towers, Hyatt, and for the first time in Asia – Nobu Hotel, international star project from Robert De Niro and celebrity chef Nobu Matsuhisa.

Overall there will be over 900 rooms, lots of entertainment and shopping, everything rich Chinese high-rollers love and currently enjoy in rival destination Macau.

It’s with the VIP players from China in mind that the Entertainment City was envisioned by the Philippine authorities in the first place. The signs are already there: visitors from overseas have grown 8.8 percent to 4.68 million last year. Chinese guests are third in line behind South Korea and the US, but that’s mostly due to the ongoing maritime dispute between the two countries, expected to be settled soon.

Overall, the gaming revenue figures have grown by 10 percent to a total of $2.2 billion last year. And increased another 9.3 percent in only six months of this year. Resorts World Manila has been operating in the Philippines since 2009, having set the bar for the country’s gambling facilities. The Entertainment City has a long way to go to prove it’s better than the rival.