Could a McGrgeor vs. Mayweather Glove Change Actually Affect the Fight? 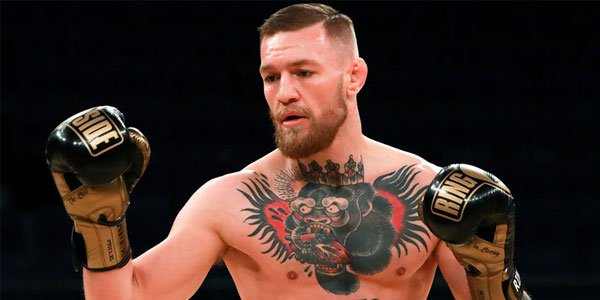 Perhaps the biggest fight in combat sports history is just around the corner, but a McGregor vs. Mayweather glove change could affect how the fight plays out.

On August 26th, Conor McGregor and Floyd Mayweather will face off in what will surely be the most lucrative fight in the history of combat sports. Fans of both boxing and MMA around the world are busy making their predictions for the matchup, and many online sportsbooks in the UK are offering betting odds for who comes out on top.

Many things have been said in the lead up to this fight, one of the biggest talking points being about the size of the gloves both fighters will wear. After going back and forth, it seems now that a McGregor vs. Mayweather glove change may actually be on the horizon.

Who would smaller gloves favor?

Originally, McGregor and Mayweather were going to fight in 10oz gloves, as is standard for a fight at 154 pounds. Conor repeatedly taunted Floyd in the media for that, stating that the fight was only being contested at 154 pounds so that Mayweather wouldn’t have to fight with smaller gloves.

Recently, Mayweather took to his Instagram account to announce he would be willing to fight in 8oz gloves. This was a surprise to many boxing betting experts, though unless the change is made official, the betting odds set by Paddy Power Sportsbook are unlikely to change.

If in fact they do use 8oz gloves, it’s unclear who would have the advantage. Conor is used to fighting in 4oz gloves in MMA, though Floyd is more than likely the superior boxer, and would have more power and speed with the smaller gloves.

Odds for either fighter to win via KO

It seems pretty unlikely for either fighter to win via KO or TKO for a number of reasons. Firstly, Mayweather hasn’t finished a fight since 2011, and has developed into a mostly-defensive fighter. McGregor is certainly a power puncher, but it will be difficult to land a big shot with the defensive skills and experience of Mayweather.

McGregor is likely the much harder hitter though his odds to win via KO are still fairly low (photo: lowkickmma.com)

Despite his penchant for coasting to decisions, Mayweather has the higher odds to finish the fight by KO according to Paddy Power Sportsbook. If he does, it will likely be later in the fight after wearing Conor out. Floyd’s odds to stop Conor are set at 8/13.

Based on reports from teammates, Conor is looking sharp in sparring heading into this fight. His power is well-known with numerous KO victories to his name, and he holds odds of 9/2 to get the stoppage against Floyd.

Is a McGregor vs. Mayweather glove change even possible?

While many took Floyd’s call for smaller gloves as nothing more than posturing, a report came out from MMA fighting that team Mayweather actually approached the NSAC to speak about the possibility to lower the glove size.

This means that a McGregor vs. Mayweather glove change may actually be possible. If both parties agree to the change, the athletic commission may very well grant their wish. If indeed 8oz gloves are allowed, there’s a solid possibility we’ll see one of the fighters make UK gambling news with a KO victory, but which man gets the job done?

Do you want to see a McGregor vs. Mayweather glove change to 8oz? How will this affect the outcome of the fight? Tell us what you think in the comment section below, and make sure to head to Paddy Power Sportsbook to find a full list of McGregor – Mayweather betting odds!