Could Barcelona’s Xavi be heading for the Exit Door?

News >Could Barcelona’s Xavi be heading for the Exit Door? 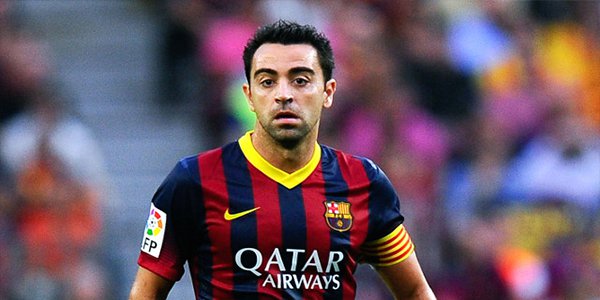 After numerous years at the top, the Catalan maestro might be looking to close a massive chapter on his Barcelona career.

The current football season could be a great one Barcelona, as they have just recently clinched their 23rd La Liga title. And the success doesn’t have to stop there, considering they are still in the running for two other competitions – Copa del Rey and the Champions League. However, despite firing strong on all cylinders at the moment, Barcelona’s iconic playmaker Xavi Hernandez has not been present in the squad so much this campaign.

He has been replaced by the newly recruited Ivan Rakitic, who has slowly managed to make a solid name for himself in Xavi’s position according to gambling news. It is fair to say that age has caught up with him and now he may be preparing to make a bow to the Barcelona faithful, if the rumors surrounding his future prove to be true.

16 years at the top level

Xavi is a product of the famed La Masia academy that produces some the finest footballers on the planet. He was a promising talent as a youngster in the youth teams, and after years of hard work he was finally promoted to the first team in 1998, being 18 years old at the time. He was touted as the next Guardiola and many in the Catalan capital believed he possessed the skills and necessary intelligence to become an icon of the club one day.

His first professional season with the club, he made 17 appearances in the league and scored one goal in the process. Barcelona finished the 1998-99 campaign with 79 points (11 points ahead of second-placed Real Madrid), which granted them the title for their 100th anniversary. The following season, Xavi made even more progress as he played 24 games in the Spanish top flight, according to online sportsbooks in Spain.

However, the next few seasons were not very rewarding for the club as they went through a serious drought. Online sportsbooks back them didn’t show any belied in them. But that all changed when Rijkaard joined the club in 2003, as a new era slowly started to emerge for Barcelona and for football in general. They won the league in 2005, while in 2006 they replicated that success that also caught a trophy that has eluded them for 14 years, the prestigious Champions League. After that another small decline ensued, however Guardiola’s arrival signaled an end to tough times as they won two CL titles and 3 consecutive leagues. There were growing tensions between the two parties at first.

Can there be new challenges on the horizon?

Xavi has managed to win absolutely everything there is to win at his boyhood club, and not just once but multiple times. And this season he is gearing up to do it all over. The 2008-09 season was the most rewarding one in terms of trophies, as Barcelona won every competition that they entered – La Liga, Copa del Rey, Champions League, Supercopa de Espana, UEFA Supercup and the Club World Cup.

The success didn’t stop there as he won the league four more times since then (the latest one was this season) and the Champions League once more in 2011. This year he is on course to potentially pick up his 4th European crown, if Barcelona manage to overcome Juventus in Berlin. So the question is if Xavi is looking for a different kind of challenge after Barcelona or is he aiming to collect one final massive contract with a cash-rich team?

If the latter is the case, the Middle East will most likely be his destination. Barcelona are currently sponsored by Qatar Airways, so it is easy to see why he might choose the rich peninsula as his next stop. Mobile betting sites firmly believe that the local club known as Al Sadd will sign him up, after other clubs have failed in their persuasion to clinch his services. Hardcore Barcelona supporters will be saddened by his imminent departure, however his massive contribution to the club has seen them win countless trophies over the years.