CS GO Championship 2017: How to Bet on StarLadder I-League? 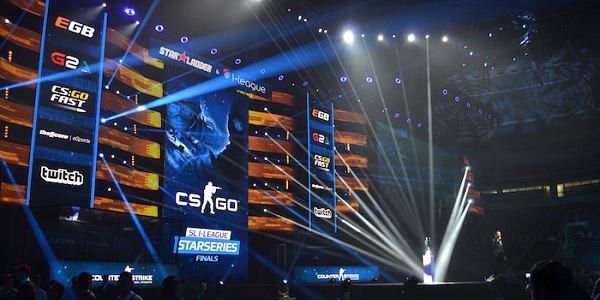 The new CS GO Championship 2017 is coming up and GamingZion would like to briefly explain to you how to bet on the StarLadder tournament!

The StarLadder I-League is one of the most prestigious Counter Strike: Global Offensive tournaments. The total prize pool that will be given away among the participating teams is $300,000, but even more important fact is how online betting news in Ukraine are full of excitement ahead of the battles between the best Counter Strike teams in the world.

This year, the CS GO Championship 2017 starts on the 4th of April. Similar to last year, it will be held in Kiev, Ukraine again. The final game will be played on the 9th of April, so the trophy and the main prize will be decided in such a short time. Last year the Ninjas in Pyjamas won the $130,000 first prize, while the 2nd placed G2 Esports were given $50,000 and 3rd placed Cloud9 and Team Dignitas received $25,000. The prizes shall be more or less the same this year too as the prize pot has not changed at all.

Which teams are participating in CS:GO Championship 2017?

Just like in the previous year, the organizers invited the 16 best Counter Strike teams in the world once again. Last season’s first and second placed teams, Ninjas in Pyjamas and G2 Esports are participating again, and they will have tough opponents this time. New opponents like Astralis, SK Gaming and Virtus.pro will try their best to challenge the current title-holders.

Where and how to bet on Counter Strike GO StarLadder Tournament?

If you want to join online sportsbooks in Ukraine and make money betting on CS:GO matches, I would suggest you to join NetBet Spotsbook as soon as possible. They offer the best odds to bet on Counter Strike and they also offer the widest range of Counter Strike: Global Offensive betting lines. You can already bet on StarLadder tournament here, together with many other eSports events!

This year, according to the Counter Strike betting predictions, the biggest favourites to win StarLadder CS GO Championship 2017 is Danish team Astralis. The odds for Astralis to win CS GO tournament are 3.25 (9/4) at NetBet. Their biggest challengers are SK Gaming and Virtus.pro. The odds for the Brazilian team SK Gaming are 6.00 (5/1), while those for the Polish team are 6.50 (11/2).

Would you like to watch CS GO tournaments live?

If you would like to watch live Counter Strike matches via CS GO tournament live streams, we have good news to you! You will be able to follow every single game of the prestigious eSports events thanks to the StarLadder CS GO English stream which you can find simply by clicking on this link. You can also find CS GO Russian stream in the following link if you would prefer listening to our Eastern friends. These links are completely legal so you don’t violate any online gambling laws in Ukraine.