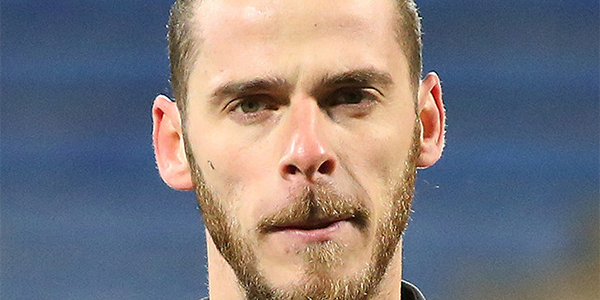 Man United had its ups and downs this season, but their Spanish star goalkeeper insists this is his personally best-performing campaign since joining the club in 2011.

David de Gea could land himself the Golden Glove award, following impressive displays in front of Man United’s goal throughout the season, per online sportsbooks in UK. Despite the fact that the Old Trafford side have lost the Premier League title to bitter rivals Man City, there are still some stats that are worth a mention when it comes to Man United’s clean sheet records this campaign, thanks to their Spanish goalkeeper.

Across all competitions this season, de Gea has kept 21 clean sheets with 17 of them coming in the Premier League, which is two more than his crosstown counterpart Ederson has achieved so far. With both Man United yet to play their remaining four games of the season, de Gea could easily extend that lead to a few more clean sheets – this would see him win the Golden Glove thanks to this impressive performances.

“Yeah, I’m pretty pleased with my performance,”  said the 27-year-old keeper. “It’s been a fairly complete, all round set of performances from me. I’ve felt good, felt fit and in good form physically throughout the season. Let’s hope that these last few games to go before the end of the season continue the form, then leading into the World Cup, which is an important time for Spain.”

Mourinho is the reason behind his great stats this season

But de Gea has stressed that one of the main reason for his superb goalkeeping stats this season is down to Man United boss Jose Mourinho, who has shown great confidence in the keeper since he joined Man United nearly two years ago.

“We’ve got a great manager. He’s very experienced, he’s won everything there is to win in the game. What he is really at is transmitting his winning mentality to the group,” de Gea commented about the “Special One.”

The Spaniard has been at Old Trafford since 2011 when he joined from Atletico Madrid for around £19m – a British record for a goalkeeper then – to replace departing goalkeeper Edwin van der Sar. Initially, he struggled to fit into the team and there were doubts whether he could replicate the success of the man he replaced. But soon enough, de Gea started put on some fine displays which have caught the attention of Real Madrid, who in the summer of 2015 let go of their legendary keeper Iker Casillas and wanted to replace him with the former Atletico Madrid man.

But due to transfer complications caused by Real Madrid themselves, the deal never went through and de Gea ended up staying with the Red Devils, according to online sportsbook news. A year later, Jose Mourinho joined the club and signalled to the Spanish keeper that he has every intention of keeping him for the long-term, and with his sublime performances this season, we can see why.