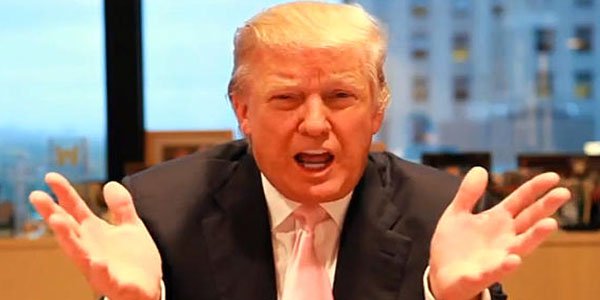 Donald Trump has an interesting story; he’s been involved in wrestling, casinos and television; he’s even publicly questioned President Obama’s right to the presidency.

Everyone knows Donald Trump; his out-spoken nature, extravagant lifestyle and recent starring role on the NBC reality show ‘The Apprentice’ have made Trump a household name. Although his estimated net worth is an impressive $3.9billion, the guy is still a walking joke to the majority of the world.

Trump recently tried to tarnish President Obama’s public image by claiming he wasn’t actually born in America, and therefore not eligible to hold the position of president. Obama responded appropriately, trumping Donald’s best efforts and effectively humiliating him with an impressive series of jokes during his speech at the 2011 correspondent’s dinner.

Despite Trumps financial successes and numerous controversies, his hair is probably still the most fascinating thing about him; it’s legitimately one of the oddest ‘hair-styles’ on the planet.

We’ve taken a look at Trump and examined some of his personal and business ventures; here’s some interesting Trump history to keep you all entertained.

Donald started off, like many American, by going into the family business. In his case it was real estate. He worked hard and made a vast amount of money for the company, which he eventually took ownership of.

During the 1980’s Trump became involved in several bad business ventures, including the ill-fated Taj Mahal Casino – more on this comes later – and he found himself in a poor financial state.

Much of the news about him in the early 1990s involved his much publicized financial problems, creditor-led bailout, extramarital affair with Marla Maples (whom he later married), and the resulting divorce from his first wife, Ivana Trump whose name sounds like a bad pun.

However, the late 1990s saw a re-birth of his financial situation and fame. In 2001, he completed Trump World Tower, a 72-story residential tower across from the United Nations Headquarters.

Also, he began construction on Trump Place, a multi-building development along the Hudson River. Trump owns commercial space and prime real estate in several American States; he is quite a successful guy.

Trump has been friends with WWE owner Vince McMahon for a number of years. He has hosted two Wrestle Mania events in the Trump Plaza and has been an active participant in several of the shows. He also appeared at Wrestle Mania 23 in the corner of Bobby Lashley who competed against Umaga with WWE Chairman McMahon in his corner, in a hair versus hair match, with either Trump or McMahon having their head shaved if their competitor lost.

Lashley won the match, and he and Trump both proceeded to shave McMahon bald. Trumps famous locks survived the event much to the dismay of viewers who were interested to see what he’s got hiding under there.

Donald’s company Trump Entertainment Resorts Inc. has filed for Chapter 11 bankruptcy protection three times in a row, which is an impressive feat and has regularly been featured in gambling news.

The casino company, founded in the 1980s, runs the Taj Mahal, the Trump Plaza and the Trump Marina. All three casinos are located in Atlantic City, N.J.

Trump defended himself by distancing himself from the company, though he owned 28% of its stock. He has commented: “Other than the fact that it has my name on it — which I’m not thrilled about — I have nothing to do with the company.”

He resigned from Trump Entertainment soon after the third filing, and in August of that year he, along with an affiliate of Beal Bank Nevada, agreed to buy the company for $100 million. The company reported it emerged from bankruptcy in July 2010.

Trump is no longer on the board and he signed an agreement with Avenue Capital in which he would receive 5% stock in the reorganized company and another 5% in exchange for the use of his name and likeness in perpetuity.

For the time being it seems as if Trump has no further plans to go into the land-based or mobile casino
business; however, you can never know with Trump.

Trump, whose mother was actually born on the Scottish Isle of Lewis, is generally disliked and has a bad reputation in Scotland for a number of reasons. They all centre on his unsuccessful attempts in securing land for and building what he claims would be the ‘world’s best golf course’, on the Scottish Coastline in Aberdeenshire.

Although he secured the ability to build his golf course, he had concerns over the government’s plans to develop a wind farm in the area; Trump even ran ridiculous adverts in Scottish newspapers linking the renewable energy development to Libyan terrorist Abdelbaset al-Megrahi, responsible for the Lockerbie incident. Needless to say, the ads were pulled.

Trump recently turned his back on Scotland and opted to locate his golfing resort in Ireland; the Scots were un-phased by the move.

Besides his usual business activities, Trump has had a number of strange money making ideas.

In 1989, the Donald teamed up with Milton Bradley to release Trump: The Game, a Monopoly-esque board game in which three to four players must buy and sell real estate and try to trump one another in business deals.

A year later Trump admitted the game was vastly underselling the predicted 2 million units he and the toy company had hoped for. Not one to abandon ridiculous ideas, Trump revived the game 15 years later after his success on The Apprentice, making sure to incorporate the series catchphrase “You’re fired!” into the game.

Trump vodka was introduced in 2006 to much fanfare. Under the slogan “Success Distilled,” the liquor was touted as the “epitome of vodka” that would “demand the same respect and inspire the same awe as the international legacy and brand of Donald Trump himself.”

At the time, Trump predicted the T&T (Trump and Tonic) would become the most requested drink in America, surpassed only by the Trump Martini; now, the vodka has stopped production “because the company failed to meet the threshold requirements.”

Trump is basically happy to put his name on anything he thinks will make money, often though the ideas are pretty awful and tend to cost him more than he actually profits; he has got billions, so I doubt he’ll be losing any sleep over it.