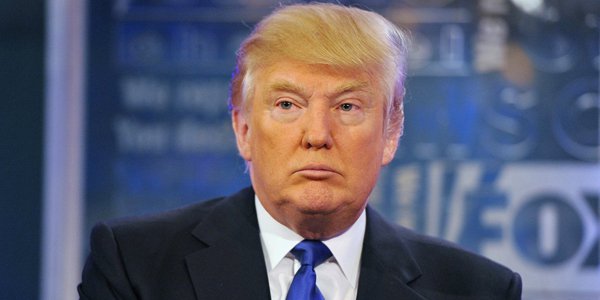 Donald Trump is seeking to remove his name from two Atlantic City casinos by suing the company that runs them.

While the situation with Atlantic City casinos operating under American gambling laws worsens by the month, Donald Trump is now suing to get his name removed from two of his former properties there. Interestingly enough, Trump has stopped being involved in AC casinos over five years ago, and they still are named after him.

This might be the worst of times for Atlantic City gambling, where casino after casino is closing. Recently introduced online casinos in the United States operating from New Jersey pose additional threat to AC establishments, and there are plans to erect gambling destinations closer to New York City, making Atlantic City even more obsolete in terms of gambling tourism.

The recent developments are the latest installment of Atlantic City’s troubles, where one casino has already been closed in January, two others are on the way to closing next month, and another establishment is up for a bankruptcy auction. If it fails to get a buyer – it will also close down.

• The mogul has nothing to do with the properties, but they still bear his name

• Trump name is not only on the casinos, but on the company running under American gambling laws

Donald Trump, world-wide famous real estate mogul and now a reality TV star, presided over a whole gambling empire when Atlantic City was still THE destination to go gamble if you lived in New York City of close by. AC offered some of the best casinos for US players, but those days are sadly over.

Trump is now suing Trump Entertainment Resorts – a company which is an offspring of the corporate entity he once controlled. The respondent in question is still allowing two of AC casinos – Trump Plaza and the Trump Taj Mahal – to bear the mogul’s name. The reasons from his side are clear: the casinos are confusing customers and tarnishing his personal brand name, by continuing to be named after him.

Donald Trump was quoted in American gambling news last week saying: “I want it off both of them. I’ve been away from Atlantic City for many years. People think we operate, and we don’t. It’s not us. It’s not me.”

Donald Trump’s team has been filed in state Superior Court in Atlantic County. It is looking for a court order, which will make Trump Entertainment Resorts end the breach in Trump’s licensing agreement with the company, or alternatively remove his name from both the company and the casinos in question.

The lawsuit was filed in the name of Trump AC Casino Marks LLC, and contained the following: “Since Mr. Trump left Atlantic City many years ago, the license entities have allowed the casino properties to fall into an utter state of disrepair and have otherwise failed to operate and manage the casino properties in accordance with the high standards of quality and luxury required under the license agreement. The Trump name … has become synonymous with the highest levels of quality, luxury, prestige and success.”

The action seems to be especially fueled by the imminent closing down of the Trump Plaza, expected to be completed on September 16th. According to Donald’s claim, Trump Plaza failed two quality reviews completed by a third-party consulting company. One was carried out in 2012 and another one last month. Following the latest review the company has sent notifications to their employees that the Trump Plaza is closing, but failed to send Donald Trump any notice.

Lawsuit has been quoted further: “Not only does the issuance of these WARN notices further harm the Trump name and brand, but it also underscores the inability to remedy the appalling conditions that gave rise to the defaults under the licensing agreement in the first place.”

According to Trump’s team the casinos were not meeting the industry standards in regards to hotel services, overall cleanliness, as well as food and beverage operations. They also stipulated that the guests of the casinos in questions have been complaining about these things for years.

Donald Trump is not running nor has anything to do with the control of Trump Entertainment Resorts, an entity formed after the Trump casino empire from the second of 3 bankruptcies. However, Trump still holds a 10 percent stake in the company, which actually enables it to use his name for licensing purposes. It is yet unknown if the mogul is planning to divest his remaining stake in the Trump Entertainment Resorts.

The casinos in question

Trump Plaza Hotel and Casino has been designed by renowned architect Martin Stern, Jr. It has opened its doors on the Atlantic City Boardwalk in 1984. The property was a joint venture between Donald Trump and Harrah’s Atlantic City. It was built by Trump and operated by Harrah’s. The complex contained 614 rooms, a health club, seven restaurants, a 750-seat showroom and a 60,000 sq.ft casino floor. In 1989, the East Tower of the complex was added, further expanding the resort to a total of 906 rooms.

The Trump Taj Mahal was officially opened in 1990 with memorable opening performance by Michael Jackson. The casino is renowned for its total building cost of $1 billion. With 2,248 rooms, a selection of the finest restaurants, and 167,321 sq.ft. gaming floor the casino was one of the biggest in Atlantic City, second only to the Borgata. Taj Mahal is also known for the remarkable baccarat session back in May 1990, when Akio Kashiwagi, a high-roller from Japan, lost $10 million. 2013 saw Taj Mahal becoming the first US casino to open a strip club on the property.