Dortmund’s Season 2018 Trophies: Bundesliga and DFB-Pokal are on Lock

BVB under new coach, new attacking force, new captain, and newfound spirit are ready to win some trophies this season. If you want to win when betting on Dortmund’s trophies in season 2018, we recommend selecting two titles: Bundesliga and DFB-Pokal. 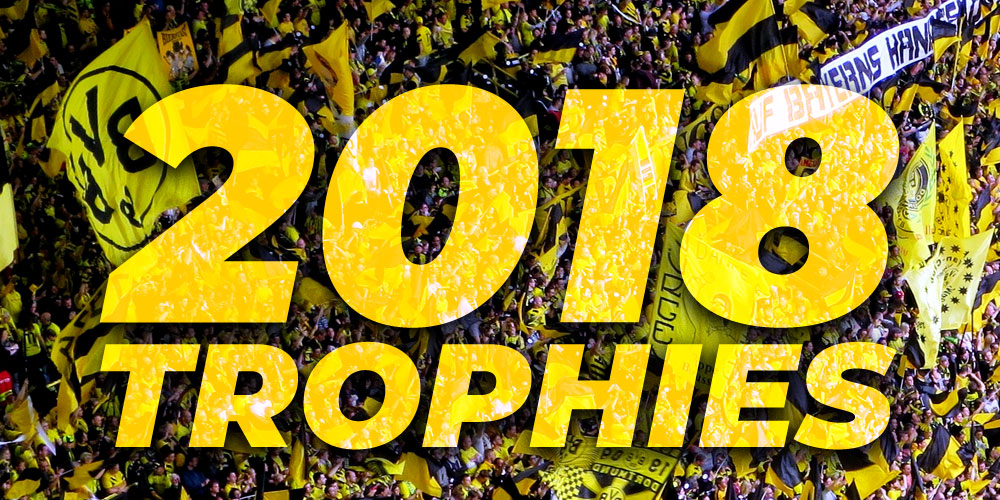 Before the season kicked off, online sportsbooks in Germany had low expectations for Dortmund. Yet, after only two months, Dortmund’s youthful squad has proved them wrong. They are leading the domestic league comfortably with great hopes to end Bayern Munich’s six-year reign. What’s more, they seem confident about making a good run in the DFB-Pokal and about doing well in Champions League.

BVB are edging on Bundesliga Title

After 12 rounds in the domestic league, Dortmund are sitting on top with four points. So far, they are unbeaten in Bundesliga, winning 8 out of 11 matches. Furthermore, they are seven points above the defending champions, Bayern Munich. Although Bayern are unlikely to give up their title easily, Dortmund will put up a fight to stay on top for the rest of the season.

With 33 Bundesliga goals, Dortmund have the best attacking force since Klopp era. Paco Alcacer, Marco Reus, Jardon Sancho, and Christian Pulisic are all giving their best performance under the lead of Lucien Favre. Sure, there is still a long way to go and domestic leagues are the toughest to win. However, it seems that the BVB boys are determined to keep pushing until the end.

According to online sportsbook sites in Germany, DFB-Pokal is the most winnable among all leagues. Since 2014 Dortmund are regular participants of the DFB-Pokal final, missing only the previous season. Also, they won only once in the last five years. If the BVB boys stay strong until round 16 resumes in February 2019, a trophy will not be too far out of reach.

Anything Can Happen in Champions League

Despite their domestic success Dortmund are still considered the underdogs in Champions League. The top league in Europe is the most competitive one, but once Dortmund reach round 16, anything can happen. That can be quite clear when looking at both Roma and Liverpool Champions League campaigns last season.

Dortmund is expected to put up a strong fight in the knockout stage. However to bet on Champions League title to be among Dortmund’s trophies in season 2018, is perhaps too far reaching. Still, if you consider the current squad strong enough to pick up the first Champions league title since 1997, you can take the odds at Unibet Sportsbook.