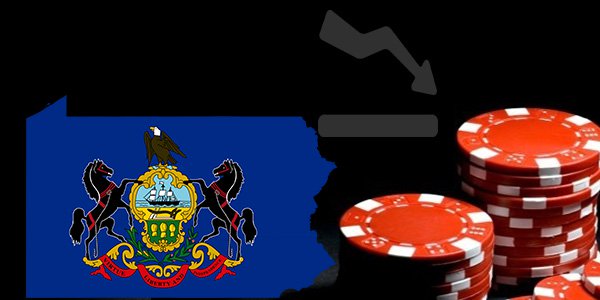 Pennsylvania Gaming Control Board reports gross gaming revenue increase of 15.3% over that of December 2013.

East Coast’s Pennsylvania’s casino industry saw a decrease in gaming revenue for a second consecutive year, mainly due to increased rivalry among other East Coast states, battling to keep punters faithful. However the good news is its casino market is the number 2 among US poker rooms and casinos, behind Las Vegas, in terms of gross revenue.

According to the Pennsylvania Gaming Control Board, the overall gross revenue for all of Pennsylvania’s 12 casinos fell by 1.44 % last year to around $3 billion. This is far from good news seeing that in 2013 there was already a 1.4 % drop, after a flourishing 6 years, since the state’s first casino was launched in 2006.

Doug Harbach, a gaming board spokesman, explained that the decline was due to notched up land-based and mobile casinos from neighboring states, including Ohio and Maryland. Those casinos seem to attract customers from the ‘highest population centers’ such as in Pennsylvania.

Nevertheless, New Jersey is not among those, as 2014 proved a rather aggressive year for the gambling industry there, which had 4 gaming operators close shop. As a result, only eight are left and 8,000 jobs axed. Gaming revenues halved over an 8 year period.

Pennsylvania casinos fared a bit better, with increased revenues up 8 % in December. That’s almost a 3% rise from what was earned in 2014. Slot gambling though saw a 2.7% fall to $2.3 billion. Despite the fall of revenues, Pennsylvania’s gambling industry pays the highest amount of taxes in the entire nation.

Sanda Casino Resort Bethlehem managed to stay ahead of the game again, stacking in table games revenue $188.97 million in 2014, up from $176.6 million in 2013. Parx Casino was a near second with $129.9 collected from table games last year.

New casinos on the way

Regulators gave the go-ahead for a second casino to be built in Philadelphia even as Southeastern Pennsylvania overflows with casino set ups. Bart Blatstein, Developer and Sugar House Casino owner, was one of 3 who lost to Live! Hotel & Casino, after a ruling from the Pennsylvania Supreme Court.

Interstate competition from New York is to be heeded. NY state board gave thumbs up last Tuesday to have the bidding process reopened for a license. And more precisely the casino is expected to be built around the borders of Pennsylvania border.

In December 2014, the state board, recommended that Finger Lakes, Catskills and Schenectady have casinos constructed. Bids were denied regarding 2 Southern Tier proposals and the license of a fourth was withheld.

When Gov. Andrew Cuomo came across objections from local leaders however, a new bidding process was launched to give away a fourth license, in the realms of the Southern Tier. Despite being turned down before, Tioga Downs will resubmit an altered proposal. Kevin Law, the Location board chairman was optimistic that new offers would pour in.