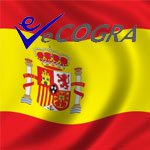 The recently changed Spanish gambling laws will soon allow the country’s market to open its doors for foreign operators wishing to grab a piece of Spanish market. Naturally high standards and security are desired by the Spanish regulator and eCOGRA was the obvious choice.

Andrew Beveredge, eCOGRA CEO told Spain gambling news: “It appears that a harmonized EU regulatory environment is unlikely to be achieved in the near future, and operators, software suppliers and testing agencies are currently faced with a formidable challenge in meeting the different jurisdictions’ compliance requirements.”

He went on to add: “In this environment eCOGRA is very conscious of the need to fulfill our clients’ expectations and the associated audit risks, and we are continually developing our auditing approach to ensure that operator and software supplier clients realize a multitude of benefits.”

eCOGRA was formed back in 2003 and since then has been active in testing, reviewing and monitoring the operations of over 200 online gaming destinations, backed by the largest industry players.

Before entering the Spanish market, applicants will have to submit themselves to an assessment process including both games and platform review. Once the license for online casinos in Spain has been attained by an operator, it then has four months to prepare for a full inspection of all systems, offerings and hosting facilities, before receiving the full and final license.

The Spanish market is regarded by many as a very juicy pie, but it’s highly demanding in terms of standards and demand for testing. Advisory services are expected to come in handy and at considerable prices.