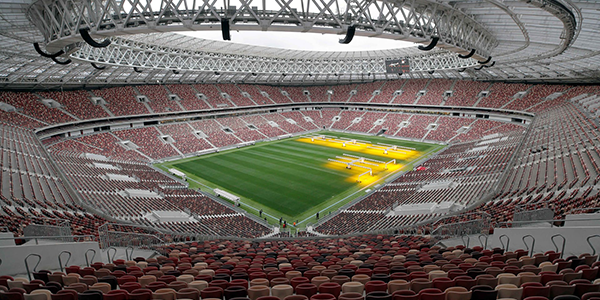 Labour backbencher John Woodcock is calling for the World Cup’s postponement or even a potential move elsewhere, following England’s decision to boycott the finals in Russia as a response to the Salisbury incident – the poisoning of former spy Sergei Skripal and his daughter.

Too close to the WC for it to be taken seriously

Woodcock is hoping the parliament will take his calls for the WC’s postponement seriously and will send out please to England’s allies to support this plan, which also proposes finding another country entirely to stage the global event. However, providers of internet betting in UK are skeptical this will take any motion, considering the opening game between Russia and Saudi Arabia is on June 14 – less than 3 months away.

“I would like to see a parliamentary debate on whether concerted government action together with other countries to postpone the World Cup or move it to another venue would be the right way to go,” said the 39-year-old Woodcock.

The Barrow and Furness MP has recently gone through a shake up with his party leader, as he joined the rest of the government in pointing the blame towards Russia for their alleged involvement in the Salisbury incident. Woodcock was at the forefront of about 20 Labour MPs who signed an early motion that “unequivocally” blames the Russian government for their involvement that took place on March 4.

Foreign secretary Boris Johnson stressed England’s national football side will partake in the upcoming tournament, however he highlighted that when it comes to the “high-level representation” from the political spectrum, a number of officials could find themselves scarce at the World Cup, if not appearing at all.

Several other Labour MPs have also been vocal in their criticism of Russian president Vladimir Putin, even going to the length of comparing him to Hitler and stressing that he intends to use the World Cup merely as a political tool for his personal ambitions.

John Woodcock’s calls for the WC’s postponement seem unrealistic this close to the tournament (source: The Independent)

“I am very concerned that (Vladimir) Putin will use the World Cup in the same way that Hitler used the 1936 Munich Olympics, as a public relations exercise for a brutal dictatorship,” stated Labour MP Ian Austin.

Stephen Kinnock, another prominent member of Labour, believes that for Putin politics will trump (pun intended) sports at the World Cup, as it will give him a unique chance to shine in front of an audience that will attract billions of viewers across the world. “Putin has invested billions of roubles in the World Cup and sees it as an opportunity to showcase his regime to the world,” commented Kinnock.

According to online sportsbook news, UK’s Prime Minister Theresa May, along with Donald Trump, Angela Merkel and Emmanuel Macron, released a joint statement that supports Britain’s assertion that Russia is to blame for the Salisbury incident.