The European Court of Justice has spoken, and it has spoken against Germany’s monopoly sportsbook operation – a move that will most likely 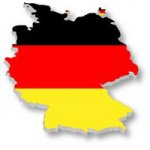 The European Court of Justice has spoken, and it has spoken against Germany’s monopoly sportsbook operation – a move that will most likely force wholesale changes to current laws regarding Internet gambling in Germany.

The ECJ ruled that German’s laws regarding the state-controlled monopoly companies are unlawful due to inconsistent application of the law.

The European court stated in part that “The German rules on sporting bets constitute a restriction on the freedom to provide services and the freedom of establishment. The public monopoly of the organization of sporting bets and lotteries in Germany does not pursue the objective of combating the dangers of gambling in a consistent and systemic manner.”

Interestingly, as a result of the ruling, shares in the to-be-merged PartyGaming and Bwin rose 5% on the afternoon following yesterday’s decision. It estimated that PartyGaming earns about 17% of its turnover in Germany, while the market represents a big 35% of Bwin’s business – despite the fact that neither is currently licensed as an online casino in Germany. The total market in the country, including online sportsbooks in Germany, is worth an estimated €7.8 billion with approximately half going to foreign-owned websites.

Current German gambling laws will expire on December 31 of this year.