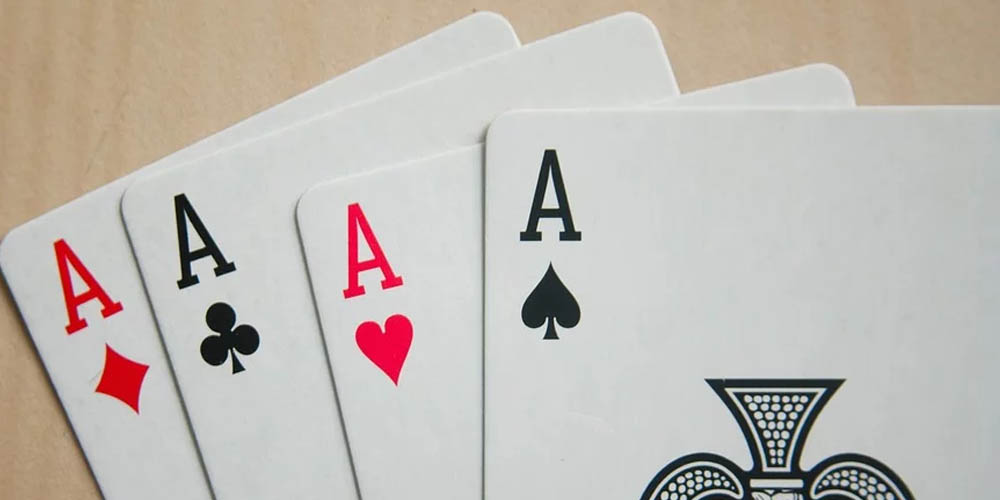 Poker is one of the most popular and played card games in gambling. The game has been evolving for almost a thousand years until it became as we know it today. So, what are the origins of poker? And how did it grow to what it is? The evolution and history of poker is interesting to say the least, so buckle up as we take you through a journey into the past and present of poker.

It is very hard to exactly pinpoint when and where poker originated from. Some historians believe that origins of poker date back to 1000 years. A discovery of a card game that was played during the 10th century by a Chinese emperor has people believe that this is the oldest historical evidence of poker. On the other hand, a significant amount of poker enthusiasts and historians claim that poker is a modified version of the Persian card game As Nas. The date of this Persian card game goes back to the 16th century. In this game, players use a deck of twenty cards to play. There are five categories for the cards: Ace, King, Queen, Soldier, and Dancer. Each player receives five cards, and after the betting is done, the player with the best hand wins.

Although As Nas is very similar to what we know today as poker, some people believe that poker originated in New Orleans in 1829. This is because the earliest reference for poker in the American literature belongs to touring English actor named Joe Cowell. Cowell claimed that a game with a deck of 20 cards was being played in 1829 in New Orleans. In his description, he said that the game included four players, and each player receives five cards out of the twenty-card deck. After that, the players bet on who has the best five-card combination. Several other theories emerged regarding the roots of poker, but Cowell’s story is the most widely believed as the beginning of evolution and history of Poker.

Evolution and History of Poker in America

As the popularity of gambling was increasing in the 1800s in the southwestern part of America, public opinion was getting less tolerant to the game. Some regions started to ban gambling, and many of them even kicked out the famous gamblers. As a result, gamblers took the game to boats that were crossing the Mississippi River. However, games that require heavy equipment proved very difficult to play on boats. Therefore, the popularity of card games, especially poker, grew even more. As the popularity of the game kept increasing, the the standard 52-card deck replaced the twenty-card deck.

Several variants of the game of poker started emerging over time. Originally, the most famous variant was the Stud Poker. There are several variations of stud poker, and in all of these variations, the players receive a mix of face-up and face-down cards through several rounds. Other variants later emerged such as the 7 Card Stud, Texas Hold’em, The Five Card Draw, Omaha, and many more. At the present time, Texas Hold’em is the most popular poker game in tournaments around the world. However, the trend of evolution and history of poker showed that no game will stay at the top forever.

At the present time, poker is the most popular gambling card game in the world. Several major tournaments are held worldwide featuring the best players in the world and the biggest prizes. The most prestigious tournament of all is the World Series of Poker (WSOP). This tournament originated in 1970 in the Horseshoe Casino. It was organized by gambling icon Benny Binion who invited seven of the most famous gamblers to play in a tournament that has a time limit. As of today, the World Series of Poker involves 101 events. It is the biggest poker competition in the world with over 100 million dollars in prize money. Another poker event is the World Poker Tour (WPT), which is a televised gaming and entertainment brand that started in 2004. This event takes place in the most famous and significant casinos around the world.

Throughout the evolution and history of poker, many respected players have made it to the game’s hall of fame. Daniel Negreanue, also known as kid poker, has made it into the hall of fame in 2014. The Canadian has a net worth of 50 million dollars playing poker. Throughout his career, Negreanue has won six World Series of Poker bracelets and two World Poker Tour Championships. Other legends of the game include Johnny Moss, Phil Ivey, Doyle Brunson who is the first-ever million dollars poker winner, and many more.

After the first-ever WSOP even in 1970, and with the evolution and history of poker, the popularity of the game started booming. Gamblers played it in casinos around the World. Furthermore, with the introduction of the internet, many gambling websites were developed and attracted enthusiast gamblers to play online. The biggest online event is the World Championship of Online Poker (WCOOP). It is basically the online version of the WSOP. Organized by a company called PokerStars, the tournament is played during September of every year on the company’s website. Currently, there are countless online gambling sites in the US and around the world. For instance, 22BET Casino offers many poker variants and other gambling games that you can play. On the website, you can participate in online tournaments and events, play some games, enjoy your time, and win some money.