FA Cup Semis in the Shadow of the Premier League 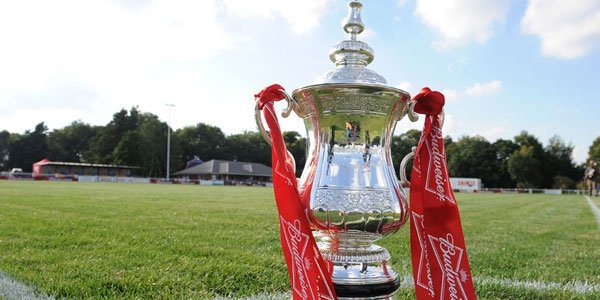 The oldest football tournament in the world reached a phase that was the sport’s festival for fans in England for more than a hundred years, but now they songs can make only the B-side.

Arsene Wenger had every right to be disgusted when he realized that possible title decider league game between Chelsea and Manchester United kicks off ten minutes before Arsenal’s FA Cup semifinal against Burnley this Saturday. The FA Cup, the tournament that once was the most important competition in England, bears a far lesser significance for today’s top teams than the Premier League, where Champions League qualification and a considerably bigger stash of chips are on the table. The Chelsea game will obviously drain audience from Arsenal’s semi, which is a shame, according to Wenger, gambling news understands.

The 65-year-old manager pointed out that the leaders of English football organizations should handle the FA Cup properly, saying “you would not want [a game like this] to conflict with other competitions.” After all, this tournament is the father of all football cups, being the model of every single competition using a knockout format. And moreover, it usually offers a chance for teams from the lower leagues to show themselves to the world against top European sides.

This time the former Premier League participant, Reading granted a shot to upset Arsenal. There will be 30,000 of the second-tier club’s supporters on the terraces of Wembley Stadium, which guarantees that Steve Clarke’s men will fight for every ball as it would be their last opportunity to kick one ever. Reading is currently seventh in the Championship, with their top scorers being forward Glenn Murray and midfielder Simon Cox, both of them with a tally of eight goals in the season. They are far from top form, their last win came in the middle of March drawing three and losing two since then.

Arsenal is a whole different story winning their last eight matches in every competition for the first time since the invincible season in 2003-04, beating teams like Everton, Manchester United, Monaco and Liverpool on the run. Now everything works at the North London side, and if the season started two months ago, Wenger’s team would be considered as serious title challengers. If they can fire up themselves to this level for the Premier League’s next edition, they will definitely fight for the trophy in twelve months.

According to online betting trends, they still have a slight chance to be crowned as champions in May, however this year’s title is Chelsea’s to lose. But now they have an FA Cup semi, and with being favorites to win the competition at online sportsbooks in the UK, grabbing a place in the final is expected from the Gunners. Alexis Sanchez and co. should be able do this despite all the efforts from the Royals.

Gerrard and Skrtel are back

Sunday’s clash looks a more balanced contest, as both Aston Villa and Liverpool have found their way back to winning recently after a few weeks of struggle. Tim Sherwood’s men were able to manage an away win at White Hart Lane against a respectable Tottenham side thanks to the goal of Christian Benteke. Liverpool defeated Newcastle United at Anfield on Monday, a few days after having booked a place in the semi against Blackburn Rovers in a replay fixture at Ewood Park.

Looking at the squads, as well as mobile betting odds, Brendan Rodgers’ sons are sure favourites to win. The fact that the list of Villa players having an injury problem or out with suspension consisting eleven names, is hardly a help for Sherwood either, while the Red’s chances are boosted by the return of the stamping duo of Steven Gerrard and Martin Skrtel.

The Slovakian defender’s presence could be vital for Liverpool, as Villa’s in-form striker, Benteke has a history of scoring goals against them. Elsewhere Rodgers can deploy the usual suspects, and with Daniel Sturridge struggling with injury, Philippe Coutinho and Raheem Sterling could provide goals for them as they did recently.

While all the signs point at a classic Arsenal vs Liverpool fixture in the final, they cannot take this weekend’s wins for granted. Au contraire, for their own best, they have to prepare for the toughest games of the season, as their desperate opponents are feeling a real chance for glory, which is a rare thing for teams of their kind.