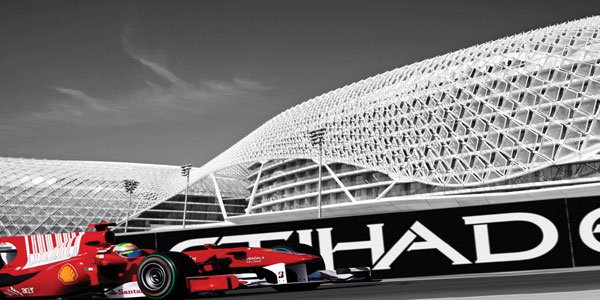 The final race of the year-long Formula 1 season is set to take place at the popular Abu Dhabi Grand Prix where the ultimate winner will be crowned champion.

Formula 1 is drawing to a close and it’s set for a climactic finish that will see a fight between teammates from the Mercedes AMG Petronas team. Lewis Hamilton is currently on 334 points while his squad rival Nico Rosberg is currently on 317 points. The two of them have been fighting all year, however the British driver has managed to perform slightly better than his German teammate, which will make for a thrilling last race.

Rosberg has had to play second-fiddle against the man that is aiming to be crowned world champion for a second time since his first title in 2008. It hasn’t been easy for either of them, but judging by the way British mobile gambling
sites are ranking the drivers, we can see that Hamilton is the one that has the upper leg in the final fight.

Points allocation will make quite the difference

The final race will take place at the popular Abu Dhabi Yas Marina, where the rules will be different from all the other races over the past season. The leadership of Formula 1 made a controversial decision to change the points allocation for the final race of the year. The winner of the Abu Dhabi Grand Prix will be awarded double the points for clinching the top spot.

This means that instead of the usual 25 points for the first position, the winner will receive 50 points in total. The same goes for the other eight spots after the first two, where every driver can collect more than the normal amount of points. This should make way for a thrilling finale although many hardcore fans strongly disapprove of the new points allocation, because they believe that this takes doesn’t improve competitiveness in the motor sport.

Rosberg has made quite the impact in the previous Grand Prix that was held at the Brazilian circuit (Interlagos) which used to host the final for the last three seasons until last now. Hamilton was primed to seal another win as online sportsbooks in UK were favoring him, however this didn’t turn out to be the case.

The German put on a fierce battle against his teammate and later managed to seal the top spot and essentially leapfrog his chances of claiming the world championship for himself. German mobile betting providers hold more faith in Hamilton to win his second world title, instead of relying on their compatriot to seal his first crown. Nevertheless, Rosberg still has a shot in the race.

Hamilton had an impressive run before Interlagos

The British driver has enjoyed fine form all season and was almost always given favorite status for every race that he entered, but in the race before the final it seems that he has cracked under all the immense pressure. This could potentially give Rosberg the confidence to win. The British man has won a massive 5 races in a row (Italy, Singapore, Japan, Russia and USA), but at Brazil’s Interlagos he suffered misfortune and had to settle for second place.

Luckily for Rosberg, he was able to take advantage of the situation then and capture the first spot for himself and therefore claim the all-important 25 points for that particular race. This gave Nico a total of 317 points for the season and boosted his overall chances of world championship success. However, the problem of Hamilton may crush his hopes.

Rosberg can’t afford to play games and must aim for the first spot with everything he’s got, which will grant him 50 points in the final race and an overall 367 points. However even if this happens it may not be enough should his British teammate finish in second place, which would effectively still grant him the title, as he would then have an overall 370 to his name.

So in reality for Rosberg to claim the championship he would have to finish first and pray that Hamilton finished below second. Thanks to the UK gambling laws, British betting players can place their favorite motor sports bets without any extra charges from the providers. This will enable them to seize a great deal of money with the final Formula 1 weekend.